Jay Shah: IPL will have an two-and-a-half month window from next Year 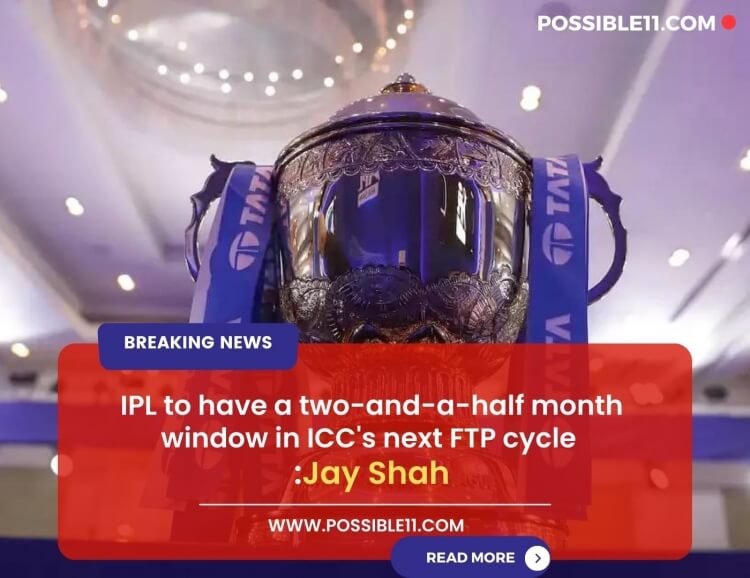 The Board of Control for Cricket in India (BCCI) secretary Jay Shah has said that the Indian Premier League (IPL) will have a two-and-a-half-month window in the International Cricket Council (ICC) ‘s next FTP cycle. The decision was made just a couple of hours after the marquee cricket tournament’s media rights were sold at a phenomenal price.

The giddy heights that the IPL media rights have reached is a reflection of how big the tournament has become over the last 15 seasons, in terms of popularity and revenue.

For The Next Cycle, We Will Have 410 Games, With 74 Games Each In The First Two Seasons: BCCI Secretary Jay Shah

In a press conference after the IPL media rights e-auction, Jay Shah was asked "why BCCI scaled up the cumulative base price of media rights in excess of Rs 32,500 crore. He was also asked about IPL having 94 games in a single season.

That is an aspect we have worked upon. Let me inform you that from the next ICC FTP calendar, IPL will have an official two-and-a-half-month window so that all the top international cricketers can participate. We have had discussions with various boards as well as the ICC.”