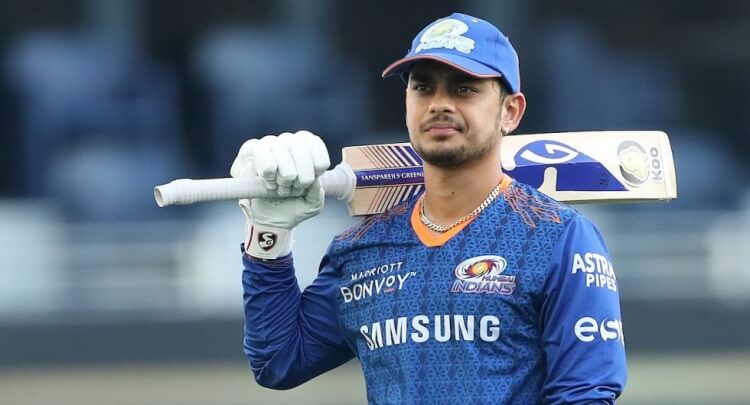 Follow the LIVE updates from the Indian Premier League 2022 Mega Auction. Ishan Kishan was expected to go for big money and didnt disappoint as Mumbai shelled out Rs. 15.25 Crore for his services. The bid made Shreyas Iyer the second most expensive player with KKR paying Rs. 12.25 Crore for the batter. Harshal Patel reaped the rewards for a stellar 2021 as RCB paid Rs. 10.75 Cr to retain his services. Meanwhile, KKR paid Rs. 8 Cr to retain Nitish Rana while RR put up Rs. 7.75 Cr for the services of Devdutt Padikkal.

A big bet has been played on wicket-keeper batsman Ishan Kishan on the first day of IPL auction being held in Bangalore. Ishan Kishan has been bought by Mumbai Indians for a whopping amount of 15.25 crores. For the first time in IPL history, Mumbai has bid more than 10 crores on a player.

This 23-year-old wicket-keeper batsman was sold in the year 2018 for 6.40 crores. Ishaan has played many quick innings for Mumbai, proving his worth. In the year 2020, Ishaan had hit 30 sixes in the IPL, which was the most number of sixes hit by a batsman in that season. This time this player can be included in the most expensive selling players in IPL.

The flamboyant left-hander was roped in by Delhi Daredevils (now Delhi Capitals) ahead of the 2015 season for a record-breaking INR 16 crore, just a year after Royal Challengers Bangalore made a successful bid of INR 14 Crore for him. However, Yuvraj failed to repay the faith, scoring 248 runs at a paltry average of 19.07 and striking at a lackluster 118.09.

The all-rounder was bought by Sunrisers Hyderabad for INR 7 crore in 2016 and had a couple of decent seasons with the team, scoring 488 runs in 22 matches and averaging a significantly better 27.11. A disastrous stint with his home team Kings XI Punjab followed, where he averaged 10.83 and struck at a dismal 89.04. The world cup champion signed off from the league in 2019 on a high, scoring a sizzling half-century on debut for the title-winning Mumbai Indians.