History of IPL : IPL Winners and runner up of all season

The Indian Premier League (IPL) is a professional Twenty20 cricket league in India usually contested between March and May of every year by eight teams representing eight different cities or states in India.[3] The league was founded by the Board of Control for Cricket in India (BCCI) in 2007. The IPL has an exclusive window in ICC future tours program. 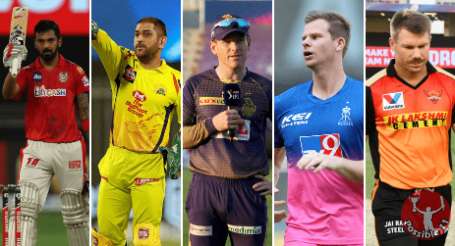 What started as an ambitious project 13 years ago, is now considered as the best Twenty 20 league in the world. Mumbai Indians is the most successful IPL team, having won the tournament four times and having finished runners up on one occasions. Chennai Super Kings is the other team to have lifted the IPL title on three occasions while they have finished second once. The detailed analysis on IPL Winner List, Runner Up, Venue, Number of teams, Player of the Match and Player of the Series are given below:

Which IPL Team Has More Chances To Win IPL 2021

who will win IPL 2021? this is one of the most asked question in INDIA right now as IPL is the best, biggest and toughest cricket league in the world. Not only in INDIA IPL has large fanbase outside INDIA also lets crack the question. Which IPL team will win IPL 2021 ?

Winning IPL Title is dream of every IPL team and any cricket whether hes INDIAN or overseas player. Every year 8 teams struggle for IPL and only 4 teams qualify for semifinals. Every team and Player gives their best still some teams dont qualify some teams never won a single IPL title And some teams have won IPL title many times. So who will win IPL this year? This is our prediction who will win IPL 2021? 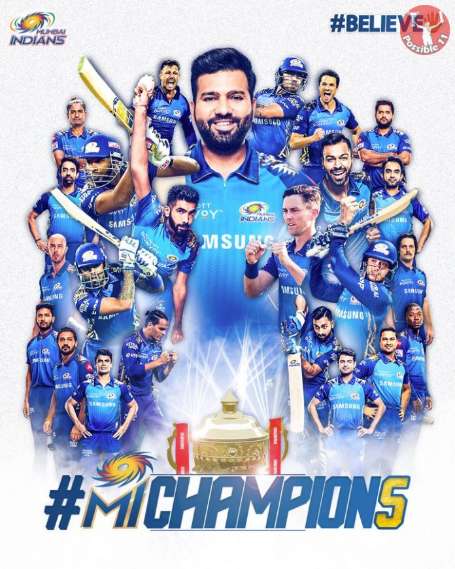 Talk about the title contender of the previous season and the defending champions MUMBAI INDIANS would start as favorites. Rohit Sharma will be leading the from the front and he will aim for their 3rd consecutive IPL title and sixth overall. With Ishan Kishan , Quinton d cock and captain himself MUMBAI INDIANS have the best opening pair. Surya Kumar Yadav , Pollard and Hardik Pandya will strengthen their middle order. Having Jasprit Bumrah and Trent Bout as their pace attack they become invincible in IPL. With several all rounders and Power hitters MUMBAI INDIANS are favorites for IPL 2021 title. 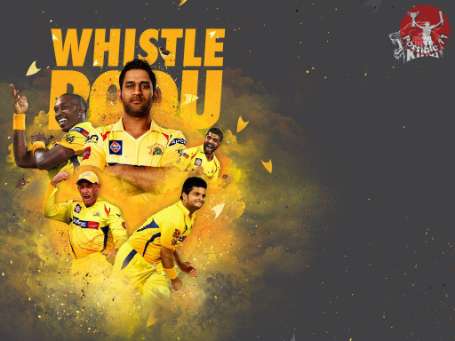 The Chennai Super Kings had worst IPL 2020 in the United Arab Emirates. The three-time champions attained the seventh position on the points table. The Super Kings had qualified for the playoffs in every season they played before 2020. Many fans believe the Chennai Super Kings still do not have the perfect squad for IPL 2021. Still, the presence of MS Dhoni as the captain and the experience in the squad makes the Super Kings one of the favorites to lift the trophy this year. Another strong point in the Chennai Super Kings squad is the number of all-rounders. Moeen Ali , Krishnappa Gowtham , Ravindra Jadeja , Deepak Chahar , Sam Curran , DJ Bravo, Mitchell Santner, and Shardul Thakurhave the potential to turn the game with their all-round brilliance. 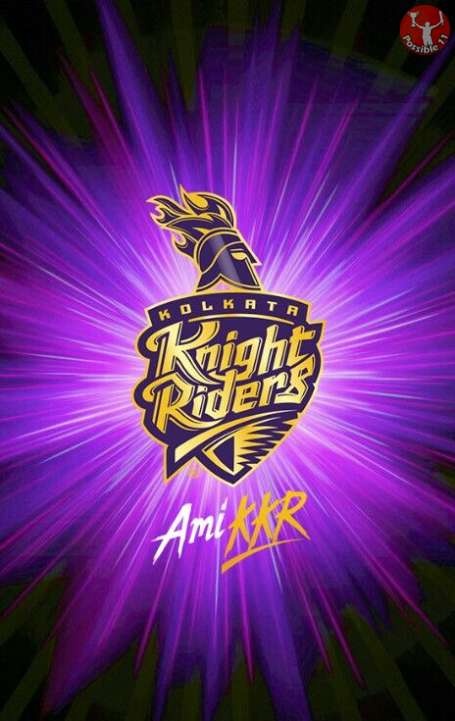 The Kolkata Knight Riders had a rather surprising outing in IPL 2020. The team changed their captain mid-way with Eoin Morgantaking the helm from Dinesh Karthik, KKR would start under the leadership of Eoin Morgan, who also captains the limited-overs England cricket team. While KKR’s main strength is their overseas players, the inclusion of Shakib Al Hasan, Ben Cutting, and Harbhajan Singh does change a few things when it comes to trying out fresh combinations for IPL 2021. Apart from these three overseas players, the rising star, Shubman Gilland Nitish Ranaare also sure to play a key role at the top. The team seems potent for spin-friendly pitches as well. With Kuldeep Yadavand Sunil Narinealready there, Overall, looking at the KKR squad, Kolkata seem to have a very good all-round squad. Ignoring the experience of the Indian players, for the time being, if they keep their calm, and perform well, the team will definitely make it in IPL 2021.

Apart from these top teams who have power pack batting, bowling and IPL records the other teams are said to be Dark Horses as IPL is the best, biggest and toughest league of world so the competition is also high every team is full of surprises and is able to take down any team in the league theyre also the top favorites of winning IPL title

David Warner (C) || Jonny Bairstow (WK) Just like the previous campaign, SRH’s performance would depend heavily on the performance of this duo. They were on a roll in 2019 scoring over 1000 runs between each other, and were probably the best opening pair of the season. Priyam Garg || Kane Williamson || Manish Pandey Middle-order will yet again form the tricky component of SRH’s campaign in 2020. Due to the lack of experienced Indian middle-order batsmen, SRH would have to field Kane Williamson in the line-up. SRH do possess good all-rounders in their bank for the upcoming campaign. However, all of it will boil down to the performances on the field. Bhuvneshwar Kumar || Sandeep Sharma || Khaleel Ahmed 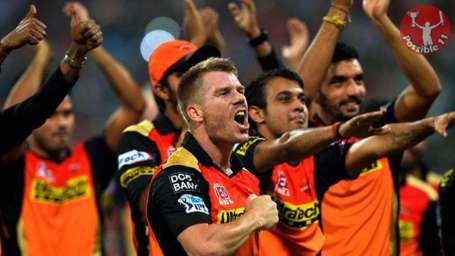 There is just no other squad that can knock SRH at the depth of bowling supplies. Hence, varied tactics could take form at SRH’s team meetings. However, whichever strategy SRH adopt, Bhuvneshwar Kumar would be at the centre of it. Last season, the youngster did well for the franchise, and a bit of variety with his left-armers is anyways good to have in the XI.

The runners-up of the 2020 edition of IPL, Delhi Capitals have been one of the most improved sides since their resurgence in 2019 under the leadership of Shreyas Iyer. They managed to finish 3rd in 2019 and 2nd in 2020. The team managed to acquire two good overseas batsmen in the form of Steve Smith and Sam Billings, and a good all-rounder in the form of Tom Curran. 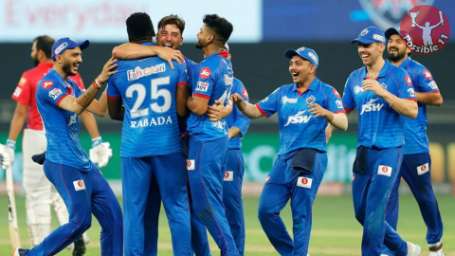 Talking about the solid core for Delhi Capitals, 7 names definitely comes to my mind. The list includes Shikhar Dhawan and Marcus Stoinis at the top, Shreyas Iyer and Rishabh Pant in the middle-order, Axar Patel and Ravichandran Ashwin in the all-rounder department, and finally Kagiso Rabada in the bowling department. The middle-order should definitely see the reliable duo of captain Shreyas Iyer at 4 and wicket-keeper Rishabh Pant at 5. Meanwhile, Hetmyer played some really good knocks for DC in 2020, and him at 6 is a good option to have. However, Delhi can also try Sam Billings at 6 instead of Hetmyer if things don’t work out well with him. The latter seems a better prospect looking at the past performance.

The Royal Challengers Bangalore have been one of the most popular teams in IPL. The Bangalore-based franchise has an incredibly loyal fan-base that backs them irrespective of how they perform. The Royal Challengers Bangalore had surprised everyone when they had released a truckload of players ahead of IPL 2021 Auction. The list contains a lot of star overseas and Indian players that would be on the radar of most of the teams depending on their purse availability and gaps. 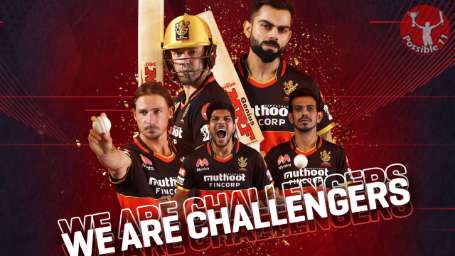 The forever dark horse of IPL, Rajasthan Royals hasn’t had the bests of the last couple of years in IPL. They finished last in IPL 2020 and second-last in IPL 2019. Under the captaincy of Sanju Samson, they would enter yet another year as a team that is still in a rebuilding stage with a proper core and backups yet to be defined. The solid core of Rajasthan Royals revolves predominantly around overseas players. They are almost sure to play Jos Buttler, Ben Stokes, Jofra Archer, and new recruit, Chris Morrisas the first-choice overseas. 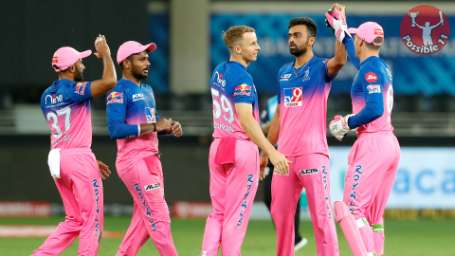 Barring these 4, Captain Sanju Samson should lead the team from the front. However, his batting position would be interesting. As history has seen, he should bat at 3 or even open alongside Buttler to give more solidity at the to. The core of Rajasthan Royals revolves around 8 players, and they need 3 more Indian players to fill the remaining gaps. With Buttler set to open being his strongest position, Ideally Yashasvi Jaiswal as the second opener would be a nice combination of fire and ice. 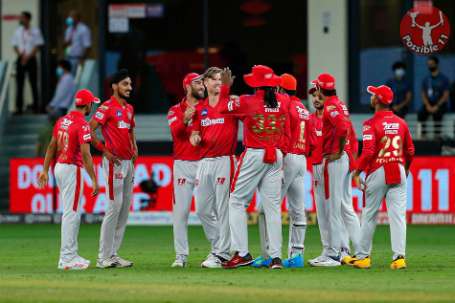 Punjab Kings were probably the worst side when it came to player utilization in IPL 2020. For the entire 14 matches, PBKS struggled to have a solid playing 11, and just kept making changes after changes after a few failures. The likes of KL Rahul and Mayank Agarwal were star openers in the tournament. Nicholas Pooran was a breath of fire in the middle-order. They could acquire the services of Dawid Malan at just his base price. Overall, PBKS’s squad does look promising with the addition of a few players. So, how does their predicted playing 11 looks like for IPL 2021.

"It is the toughest tournament from a mental point of view. It is just so mentally tough and draining -- on and off the field. It is not just the players you play against; the media and public are very much in your face too," said the South African top-order batsman. for best Dream11 lPL team prediction visit our website POSSIBLE11