IPL 2022, RCB vs RR: Fans Funny and Gibe Tweets After Their Loss To RR 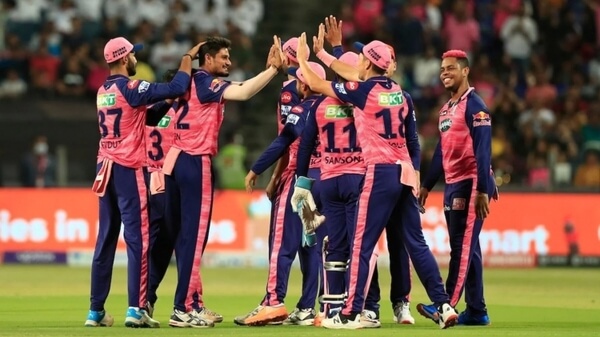 IPL 2022, RCB vs RR, Highlights: Kuldeep Sen took four wickets while Ravichandran Ashwin returned with three wickets as Rajasthan Royals defeated Royal Challengers Bangalore by 29 runs in the 39th game of IPL 2022 at MCA Stadium in Pune. No RCB batter was able to stay at the crease for a long haul and in the end, RR registered a comfortable victory. Virat Kohli once again disappointed with the bat as he managed just 9 runs. Earlier, a spirited bowling performance helped Royal Challengers Bangalore restrict Rajasthan Royals to 144/8 in the 39th game of the ongoing IPL 2022 at MCA Stadium in Pune.

Sanju Samson the skipper of Rajasthan says that its a really great win, after their 15 overs, Riyan Parag did well to guide them to a good total. Says that they have always backed Riyan and it was good for him to show the world his explosive batting. Mentions that they were 10-15 runs short, and he thinks 150/160 was a good score, and it was a two-paced wicket and there was no dew as well. Adds that they always knew they had batting till the end and they were waiting for something like this for the middle-order to step up. Says that the teams that are chasing 200 runs they come out with only one gear, but then when they are chasing a below-par total its all about putting pressure.
Winning captain Sanju Samson

Its pretty similar to the previous game we played, there is a little bit of inconsistent bounce. We gave 20 runs too many and the dropped catch cost us 25. 140 was a par score on that pitch. Thats the thing we need to fix [the top-order batting]. The basics of the game doesnt change. You needed someone in the top four to bat through and we have not done it. We have to try to change the batting order and see if that works. We have try and play positively. Thats what we discussed after the last game, trying to get the best out of him [on Kohli]. Great players go through these things. Great players go through phases like this. We wanted him to get in straight away so that he doesnt sit on the sidelines and think about the game. He is a great player and we still back him to turn it around and hopefully its around the corner. Its a game of confidence.
Losing captain Faf du Plessis

Check Out All tweets tweeted on #rrvsrcb