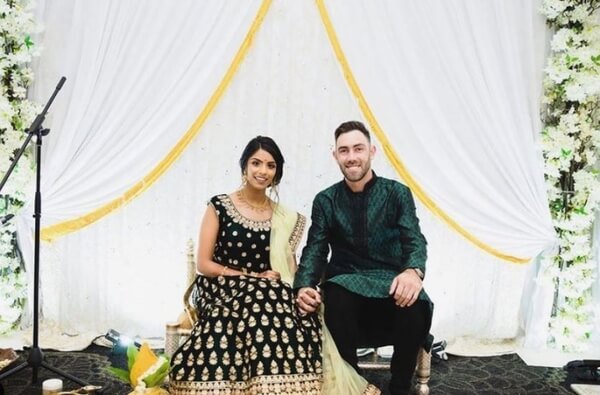 Glenn Maxwell got engaged even before the start of IPL. Vini Raman and Glenn Maxwell announced this by sharing the picture on social media.

Australias star all-rounder Glenn Maxwell has told good news even before the start of the Indian Premier League. Glenn Maxwell got engaged on Friday, 18 March, he is engaged to Vini Raman. Both were in a relationship for a long time and now got engaged. The marriage of both of them is also on 27th March in the same month.

Glenn Maxwell and Vini Raman shared a picture on their Instagram, In which both are seen kissing. Both have given the caption of the picture, Mr and Mrs Maxwell. 18.03.22 .

The Australian superstar will get married on March 27 as per Tamil rituals. Some time ago the wedding card of both of them also went viral, in which everything was printed in the Tamil language. This card was highly appreciated.

Glenn Maxwell and Vini Raman were dating each other since the year 2017, both of them will get married in Melbourne. Glenn Maxwell could not attend the Pakistan tour due to marriage, as well as could miss the initial matches of the IPL.

Vini Raman is a Tamil of Indian origin, who lives in Melbourne. Winnie is studying medical science in Melbourne. The meeting of both was discussed from the beginning, both of them were seen together in the National Awards of Australia Cricket. Both constantly share pictures with each other on their social media. Glenn Maxwell has also appeared in Indian clothes many times in these.