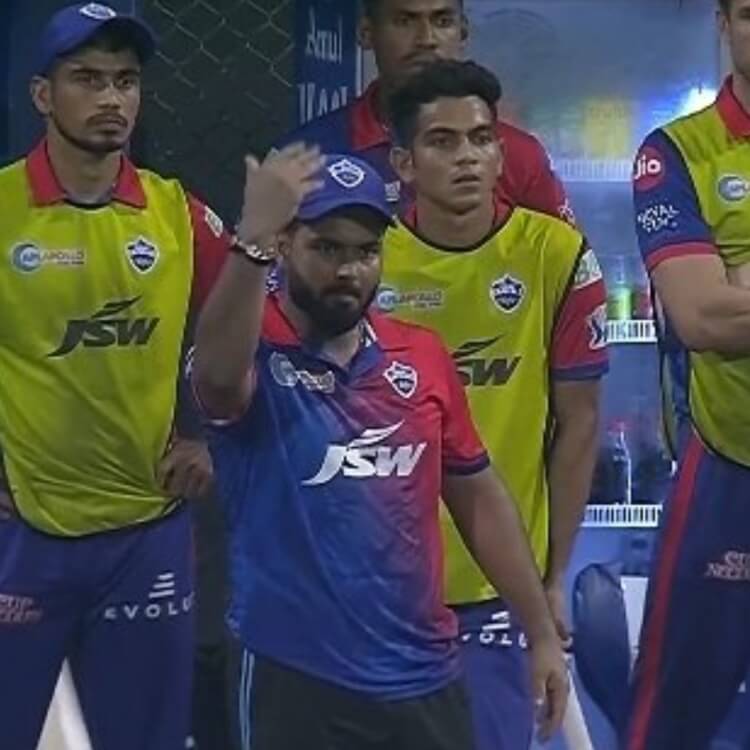 DC vs RR Live Score, IPL 2022: Royals beat Capitals by 15 runs in last-over no-ball controversy A frustrated Rishabh Pant gave an explosive interview in the Indian Premier League, at the end of the game calling out the umpires decision in the final over of the game.
Delhi Capitals vs Rajasthan Royals on Friday night was run over by a no-ball controversy in the final over of the chase as DC felt that they were robbed by the umpire.

Drama, and entertainment at its absolute best! We have witnessed yet another game going down the wire. But its Rajasthan who held their nerve and has clinched the game here. Back-to-back wins for Rajasthan! Agony for Delhi though!

With 36 required off the last over, Powell smashed the first three balls of the Obed McCoy over for a maximum, reducing the target to 18 off 3 balls. However, the third ball of the over was a high full toss and the Delhi think tank reckoned that they were deprived of a no-ball that could have given them more cushion leading into the final three balls of the innings.

The on-field umpires refused to change their decision, following which the assistant coach of DC Pravin Amre was seen entering the field in an attempt to change the decision.

#noball What Rishab Pant Was Did Was Totally Right
Why Can’t Umpire Go Upstairs For Checking No Ball ?????
Poor Umpiring ?#RishabhPant #NoBall pic.twitter.com/GNhVNxpY2q

What Winning Captain Sanju Samson Said about this No-Ball controversy?

"It was a full toss and the batsman wanted a no-ball, but the umpire didnt give it. We wanted to be around him (McCoy) and wanted to put a smile on his face. Not easy for a bowler after conceding three sixes. We wanted to change the plan so we took our time, to give the bowler a breather. The last game was a tough one, and this game too, with Powell hitting those sixes. Its important to stay calm and trust your teammates. You need to back yourself. Cant say anything about the toss. Losing toss is working, so well like to stick to that. Dont think there was much dew, but the bowlers are experienced enough to bowl in these conditions. Ashwin and Chahal have been bowling well, touch wood we continue to do it. It is normal to drop catches, even if I dropped one in the last match. I told the players how to recover from that in the team meeting. He (Buttler) has been playing well, and thats a crucial part of this format. DDP is a smart cricketer and theres a lot more to come from him." Winning captain Sanju Samson

What Losing captain Rishabh Pant Said about this No-Ball controversy?

"I think they were bowling well throughout the game but in the end, Powell gave us a chance, I thought that no-ball could have been precious for us but it is not in my control. Yes, disappointed but cant do much about it. Everyone was frustrated (in the dugout) that it was not even close, everyone in the ground saw that, I think the third umpire should have interfered and said it was a no-ball. Obviously, it wasnt right (sending Amre onto the field) but what happened with us is also not right, it happened in the heat of the moment. It was the fault of both sides and it is disappointing as we have seen some good umpiring in the tournament. It is disappointing to go so close especially when the other team has scored 200+. I think we could have bowled much better. I can tell the guys to keep their chin up and prepare for the next one." Losing captain Rishabh Pant