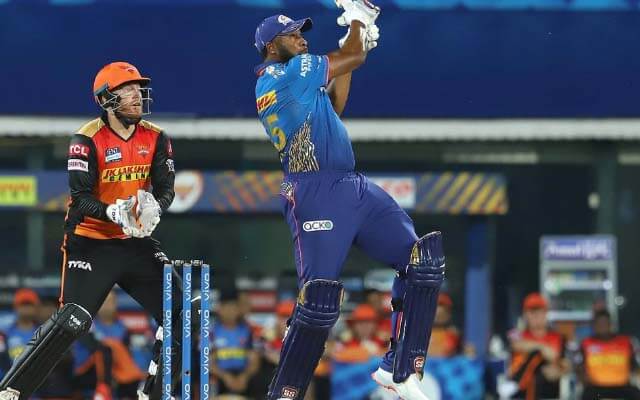 People love watching the ball go out of the stadium. Rooftop sixes are arguably one of the most pleasing sites while watching a T20 match. We see many hard hitters hit big sixes and cheer for them. 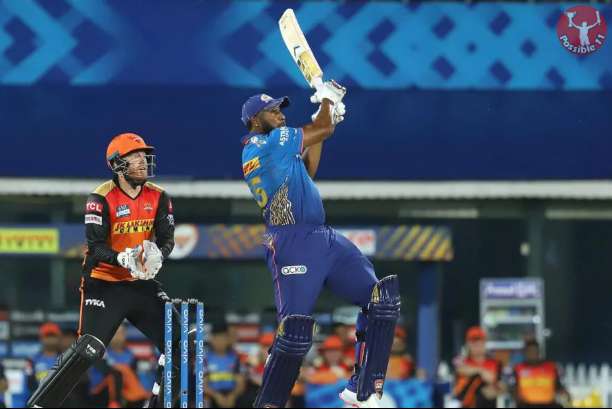 Kieron Pollard has hit the biggest six of the season so far. This shouldn’t come as a surprise as every cricket fan is aware of Pollard’s brute strength. He hit a 105m six and is sitting on top of this list.

Pollard hit this six against the Sunrisers Hyderabad (SRH) spinner Mujeeb Ur Rahman. Only a player with an immense hitting ability like Pollard could hit a world-class spinner like Mujeeb for such a big six. He hit it in the 9th match of IPL 2021.

It was the first delivery of the 16th over which saw Pollard use his sheer power and break the shackles. He played a handy knock in this match as Mumbai Indians (MI) went on to beat SRH by 13 runs and Pollard won the player of the match award for scoring 35 runs in just 22 deliveries. 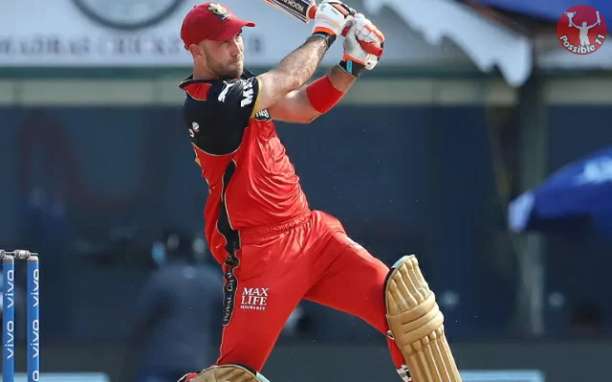 Glenn Maxwell‘s nickname is “Big Show” for a reason. He has hit the second biggest six of the season so far. He hit a 100m six and ensured that he lives up to his reputation.

Maxwell hit this six in the first match of IPL 2021 against Krunal Pandya. The Aussie all-rounder was 18 from 15 deliveries before he decided to take on the bowler in his third over.

Maxwell went on to score 39 from 28 deliveries and this proved to be a vital knock as RCB beat MI in the opening match of this season. He went on to score two more valuable knocks in the next two games and has been one of the best players of IPL 2021 this year. It would be really exciting to see how many sixes Maxwell can hit. 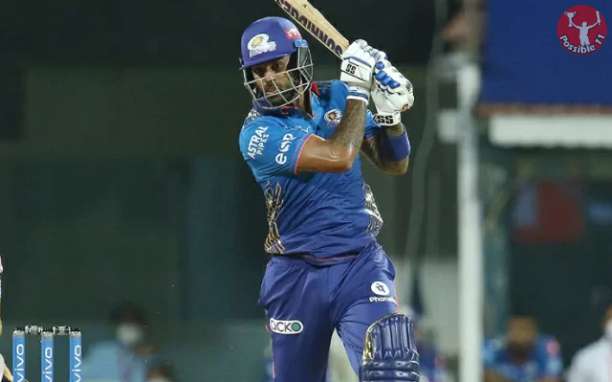 Suryakumar Yadav has been one of MI’s best batsman for quite a while now. One of his best qualities is that he can freely play his shots, irrespective of the situation. This has enabled him to have the third biggest six of IPL 2021 so far.

He hit a 99m six against Pat Cummins. It takes a special talent to hit such a big six against one of the best bowlers in the world. He hit this six in MI’s second match and the fifth match of the season.

It was the second last ball of the ninth over which saw SKY hit a length ball for a big six. Even the hard-hitting Hardik Pandya was impressed with that shot. MI went on to miraculously win the match by 10 runs. 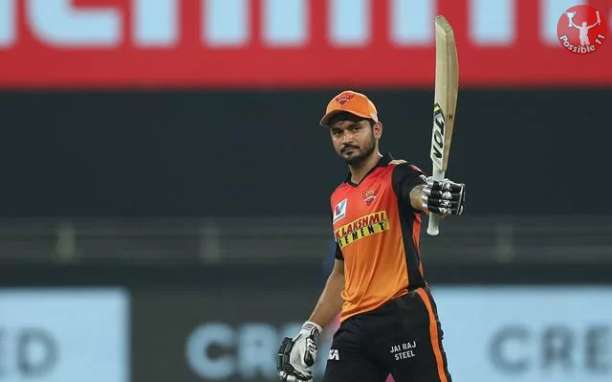 SRH might have had a bad start to the season, but their number 3 batsman Manish Pandey still finds himself on this list. Manish Pandey a 96m six in SRH’s second game against Washington Sundar.

It was the fourth ball of the seventh over when Pandey hit this six. He was eagerly waiting to break the shackles and he finally got a chance to get under the ball and whack it for a maximum. It was his brute strength that enabled him to hit the bowl that far.

But alas, Pandey perished after scoring 38 runs and 39 balls and left his team in trouble. SRH went on to lose this match by 6 runs. They would have to hope that Pandey starts hitting such sixes more regularly. 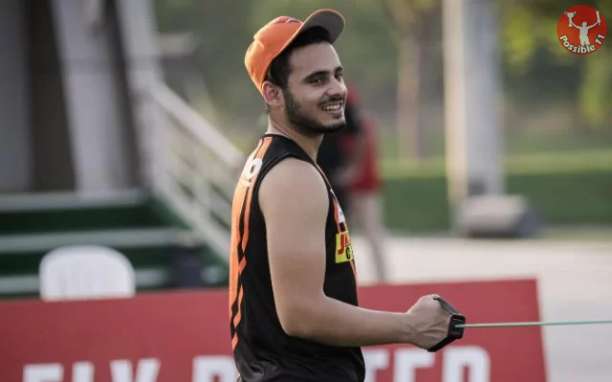 Those who have watched Abdul Samad last year will not be shocked to see him on this list. He might be only 19, but his hitting ability is one of a kind. He hit a 93m six in against Pat Cummins.

In SRH’s first match this season, Samad impressed one and all with his cameo. It was the 18th over of the second innings which saw Samad take on one of the best bowlers in the world. He hit him for two sixes in the over, one of which included a 93m six.

His cameo wasn’t good enough and SRH failed to win their first match. However, this isn’t going to be the last time you see Samad on a list like this. Taking his six-hitting ability into account, we can very much see him in a similar list sooner or later.