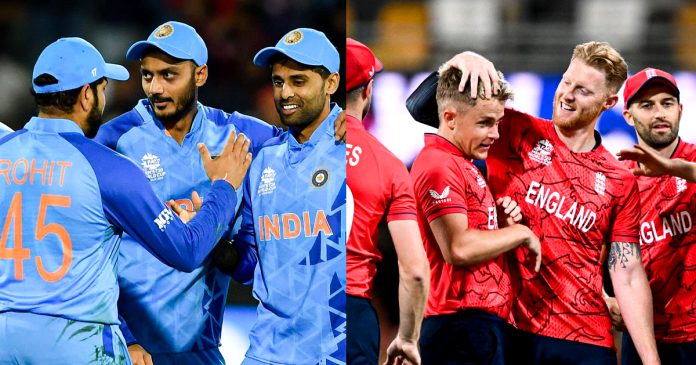 The second semi-final match of the T20 World Cup between IND vs ENG will be played on November 10 at Adelaide Oval, Adelaide, Australia. This match will start at 01:30 PM(IST).

India vs England: The second semi-final match of the ICC T20 World Cup will be played between India and England at the Adelaide Oval, Adelaide, Australia ground at 1:30 am Indian time today. If we look at the performance of both the teams in this tournament, then the Indian team has won 4 out of 5 matches while performing brilliantly. Virat Kohli, Suryakumar Yadav, Arshdeep Singh are consistently performing well for the team. In this important match, the team needs a big score from captain Rohit Sharma.

England team, on the other hand, defeated Sri Lanka and New Zealand in their last two matches to make it to the semi-finals. Opener Alex Hales is batting well for the England team, although the performance of the rest of the team remains a matter of concern for England. In this crucial match, the team expects good performance from T20 specialist players like Liam Livingstone, Moeen Ali, Jos Buttler. Both the teams will take the field with the intention of making their place in the finals by performing brilliantly in this match.

India vs England Head to Head

IND vs ENG Head to Head: A total of 22 matches have been played between India and England, in which India won 12 matches and England won in 10 matches.

The sky will remain cloudy, there is a possibility of light rain. The temperature is expected to be 20 degree Celsius.

This pitch is favorable for both batsmen and bowlers, winning the toss and batting first will be the right decision on this pitch.
Average first innings score
Batting in the first innings has looked a bit easier, here the average score of the first innings is 155 runs.
Chasing record
It has been difficult to bat in the second innings as compared to the first innings. Thats why 45 percent of the matches have been won while chasing the target.

Virat Kohli is the highest run-scorer in this tournament for the Indian team, having scored 246 runs in 5 matches so far. He seems to be in a very good rhythm, has scored half-centuries in 3 out of 5 innings. In this match, he can prove to be a good option as a captain in the dream team.

Hardik Pandya He is the leading all-rounder of the Indian team, becoming the first all-rounder to take 1000 runs and more than 50 wickets for the Indian team in T20 format. So far in this tournament he has scored 65 runs and has taken 8 wickets, in this match also he can perform well with both bat and ball.

Arshdeep Singh This young fast bowler of the Indian team has taken a total of 10 wickets in 5 matches so far, in this match also he can get good points in the dream team.

Sam Curran This young bowler of the England team has performed very well in this tournament, he has taken 10 wickets in 5 matches so far. In this match too, he will be the key player in the dream team from the England team.

Alex Hales For England team, he has scored 125 runs in 5 matches in this tournament and can perform well in this match as well.

Ben Stokes For the England team, he scored 58 runs and took 5 wickets while performing all-round. This is a very experienced player, he can perform well in important matches like semi-finals.

Jos Butler He is an experienced batsman for the England team in the T20 format. So far he has scored 119 runs in 5 matches in this tournament. He can score big in this match.

If we look at the last few matches, the fast bowlers get a lot of help on this pitch, the average score has been between 155-171 runs on this ground. Hardik Pandya, Ben Stokes as captain and vice-captain in the grand team in this match. Can prove to be a good option.

India vs England Who will Win

IND vs ENG: IND team has more chances of winning the match. They seem to be a much stronger team in this match.