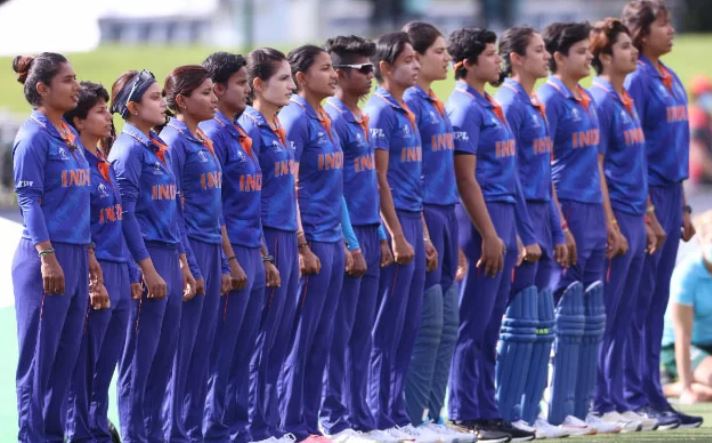 The Board of Control for Cricket in India (BCCI) have named a 15-member women’s squad for the upcoming 2022 Commonwealth Games in Birmingham. Sneh Rana, who was not a part of the recent white-ball tour of Sri Lanka, found a berth, while the selectors have also included wicketkeeper-batter Taniya Bhatiya, who last represented India in a T20I in the 2020 T20 World Cup in Australia.

Richa Ghosh, Simran Bahadur and Poonam Yadav, who were all part of the touring party against Sri Lanka, have been named as travelling reserves in the squad that will be led by Harmanpreet Kaur, with Smriti Mandhana serving deputy. While Poonam, last in action during the Women’s T20 Challenge, did not feature in any game in Sri Lanka, Simran and Richa played two and one respectively.

The squad also features Harleen Deol and Meghna Singh, who were a part of the ODI team in Sri Lanka, while also included are Jemimah Rodrigues and Sabbhineni Meghana. Rodrigues had missed the bus to the Women’s World Cup this year but returned to the side in Sri Lanka where the visiting team won two of the three T20Is to clinch their first series win since November 2019 when they drubbed West Indies 5-0.

In a first, the forthcoming Commonwealth Games will feature women’s cricket, with eight participants competing in T20I format, as four teams – the top two from each group – will square off in the semi-final followed by the final.

India, slotted in Group A, start their campaign against Australia on July 29, followed by the clash against Pakistan on July 31 before the final group-stage fixture against Barbados on August 3, with all the games set to be played at Edgbaston, Birmingham. Group B comprises Sri Lanka, England, New Zealand, and South Africa.