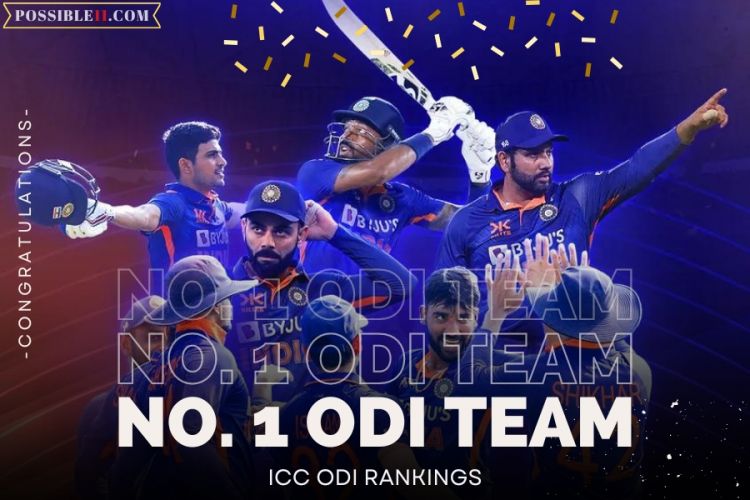 The Indian cricket team has claimed the top spot in the ICC ODI rankings following a successful three-match series against New Zealand. Led by Rohit Sharma, the team now holds the top position in both ODI and T20 formats, heading into the upcoming ODI World Cup. Previously sitting in third place, the clean sweep against New Zealand helped India surpass England and New Zealand in the rankings, solidifying their status as the best white-ball team in the world.

The final match of the series between India and New Zealand saw a display of powerful batting from both teams, resulting in a total of 680 runs scored. India's captain, Rohit Sharma, scored his first ODI hundred in three years, while young player, Shubman Gill, contributed with his fourth century as India secured a clean sweep with a final score of 385 for nine.

India secured the top spot in the ICC ODI rankings after their 3-0 sweep against New Zealand. This achievement put them at the top of the charts in both white-ball formats, heading into the ODI World Cup set to take place later in the year. England, who held the top spot just three days prior, dropped to second place, with New Zealand falling to fourth. If England wins their upcoming ODI series against South Africa 3-0, they will surpass India as the top team in the ODI rankings.