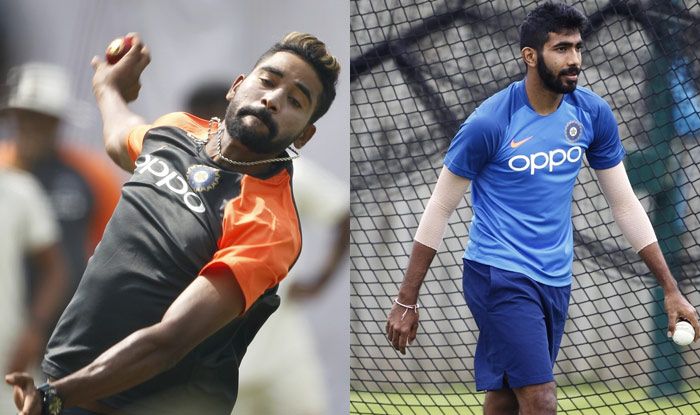 An update has been given by the BCCI regarding Jasprit Bumrah, who was ruled out of the upcoming T20 World Cup due to back injury. In a release issued by the BCCI, it has been said that fast bowler Mohammad Siraj has been included as his replacement for the remaining two T20 matches against South Africa. Siraj is currently playing county cricket and is making a splash with his bowling.

Who will replace Jasprit Bumrah in T20 World Cup?

Earlier, when Umesh Yadav was included due to Mohammed Shami being corona positive before the start of the series against Australia, team captain Rohit Sharma had said that he did not want to recall Siraj for some matches but now Bumrah The team needed Siraj due to the injury.

However, no information has been given by the BCCI about Bumrahs replacement in the World Cup. On Thursday, PTI was quoted as saying that Bumrah will miss the upcoming T20 World Cup due to a back injury. After the Asia Cup, Bumrah made a comeback in the T20I series against Australia but was not included in the playing XI in the first match of the T20I series against South Africa.

Bumrah is out for four to six weeks

News agency PTI quoted BCCI sources as saying that Bumrah has been ruled out of the T20 World Cup along with the series against South Africa. The BCCI told about the South Africa series but did not issue any statement regarding their availability in the T20 World Cup. PTI has informed that he will not have any surgery, but he will be away from cricket for four to six months. Bumrah had gone to Thiruvananthapuram with the team, but after a days practice there, moved to Bengaluru. He will undergo rehabilitation at the National Cricket Academy (NCA). He has also been ruled out of the series against South Africa.