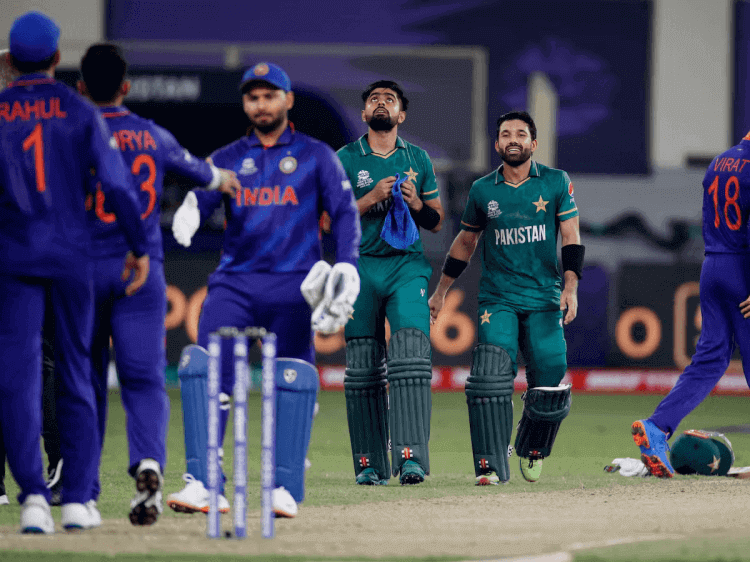 Talking about the Asia Cup, so far only one T20 match was played between India and Pakistan in the year 2016, in which Team India won. After 6 years of 2016, Asia Cup is being organized once again in T20 format and Team India will try to make a hat-trick of victory. Let us tell you that the Indian team won the Asia Cup title consecutively in the year 2016 and 2018 and if it is successful in winning this time, then the Indian team will take a hat-trick of victory.

The time has come to wash the defeat that the Pakistani cricket team gave to Team India in Dubai about 10 months ago. Once again both the teams are going to face each other on the same ground in the same shortest format of cricket. The last encounter between these two teams took place at the same ground during the T20 World Cup, where the less experienced Pakistani team unexpectedly beat Team India by ten wickets to break the ongoing World Cup loss against India. Now veteran batsman and captain Rohit Sharma ready with a new approach to batting. In this important match of the Asia Cup, India will go down to take revenge on their arch-rivals Pakistan.

Fast bowler Shahid Afridi, who played the main role in Pakistans victory, has been out of the tournament due to injury, due to which Pakistans bowling is no longer looking as strong as before, although Indian teams main bowler Jasprit Bumrah suffered a back injury. Out of the tournament due to injury. But the bowling of the Indian team seems to be stronger than that of Pakistan.

Suryakumar Yadav In the T20 format, he has emerged as the best batsman for India in the recent past, he has scored 672 runs in just 23 T20 matches, in 12 T20 matches played this year, he has scored 428 runs at an average of 38. The team expects good performance from him.

Babar Azam - Babar Azam is one of the best batsmen in the world in the rankings of ODI and T20 format, this year he has performed tremendous batting, he is seen in very good rhythm, he can score big in this match too.

Hardik Pandya - From the IPL tournament till now, he has performed brilliantly, he has scored 281 runs in 12 innings and has taken 8 wickets. His bowling on slow pitches proves to be very lethal. In this match, he can prove to be a good option as a captain in the dream team.

Haris Rauf - Fast bowler Haris Rauf, who will be the main bowler for Pakistan team in the absence of Shahid Afridi, has played 35 matches in his T20 career so far in which he has managed to take 42 wickets if Pakistan team has to win this match. Haris Rauf has to do well.

This pitch is favorable for both batsmen and bowlers, although initially the bowlers get a lot of help on this pitch, so winning the toss and bowling first will be the right decision on this pitch. It has been a bit difficult to bat in the first innings, here the average score of the first innings is 128 runs. The batting looked a bit easier in the second innings. That is why, chasing the target here, 60 percent of the matches have been won.