ICC Womens World Cup: India made such a big score for the first time 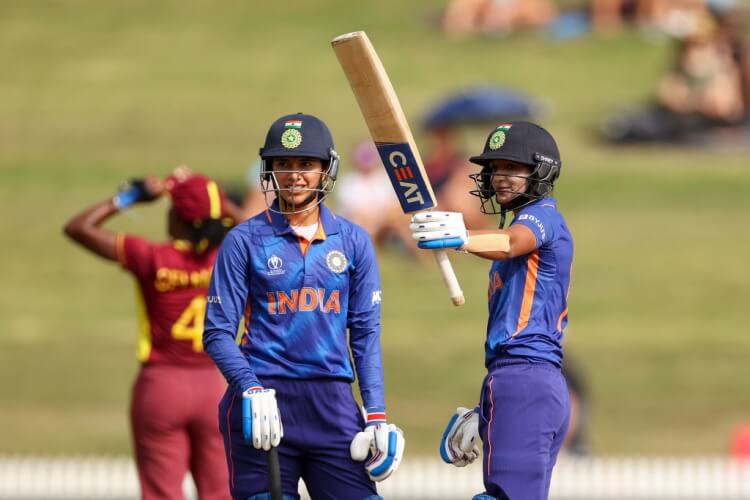 ICC Womens World Cup 2022: Good innings of two batsmen, for the first time in the World Cup, India made such a big score

In the ICC Womens World Cup being played in New Zealand, the Indian team has shown a bang against the West Indies. Batting first, Team India scored 317 runs for the loss of 8 wickets in 50 overs in a do-or-die match. Openers Smriti Mandhana and Harmanpreet Kaur played a scintillating century. India scored 300 for the first time in the World Cup and is the 9th highest score in the tournament.

Indias record-breaking performance was witnessed in the Womens World Cup match against West Indies on Saturday. Indian captain Mithali Raj won the toss and elected to bat first, Yashtika Bhatia and Mandhana started the chase and laid the foundation for the big score. Yashtika was dismissed after scoring 31 runs off 21 balls. After this, the team got two more setbacks in the form of captain Mithali Raj and Deepti Sharma. From here, Harman handled the innings with Mandhana and made Indias highest World Cup score by sharing a record partnership. Mandhana was dismissed for 123 while Harman scored 109 runs.

For the first time in the Womens World Cup, the Indian team crossed the 300-run mark. Indias match against West Indies was considered to be a do-or-die match. In this important match, experienced batsman Smriti and vice-captain Harman played a smoky inning. India scored 317 runs for 8 wickets. The highest score of 412 runs for 3 wickets in the World Cup is in the name of Australia, which he made against Denmark.

A brilliant batting display by #TeamIndia to post 317/8 on the board against the West Indies! ? ?