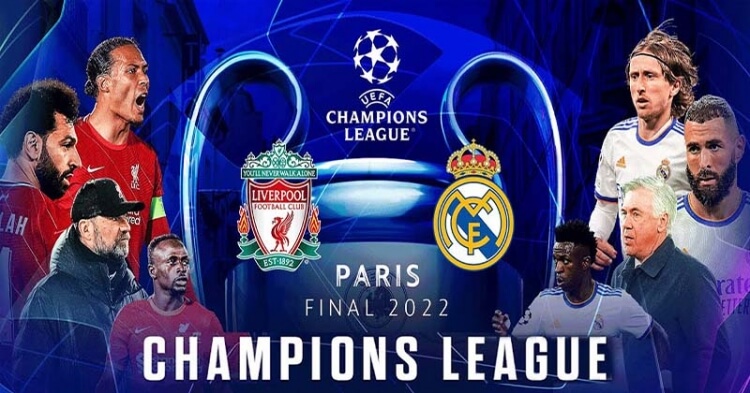 The UEFA Champions League (UCL) is one of the most popular football tournaments in the football world. Although it only features teams from Europe, it has a significant following throughout the globe.

You can stream this event whether youre at home in India or traveling for business overseas.

Lets take a deeper dive into the structure of this tournament as well as the various ways that you can watch it without the need for a cable subscription.

What Should You Know About the UCL?

The tournament is generally considered to begin with a group stage consisting of 32 teams. However, only 24 teams directly qualify for this portion of the tournament. The other eight spots are determined based on the results of multiple qualifying rounds consisting of an additional 56 teams.

The 32 teams participating in the group stage are divided into eight groups of four teams who play each other twice. At the end of the group stage, the top two teams in each group move to the knockout phase, which is a single-elimination tournament to determine the overall champion.

In May 2022, Real Madrid won the UCL for the 14th time, which is the most among all clubs. Since 2005, the defending UCL champion automatically qualifies for the event regardless of where they finish in their domestic league.

While most European leagues only send one team, the power leagues such as La Liga or the Premier League can send up to five in a given year.

Where Can I Watch UCL Matches in India?

Sony Pictures Networks (SPN) has broadcast rights in India for UCL till the end of the 2023-24 season. You can stream Sony channels live on the SonyLIV app (plans start from Rs. 599 per year) on Amazon Fire TV Stick, Chromecast, Android TV, Apple TV and other platforms.

If you are on the Jio mobile network, you can also stream Sony channels on the JioTV app free on mobile devices.

Where Can I Watch UCL Matches Outside India?

UCL coverage is provided by both CBS and TUDN Deportes. Most major streaming platforms such as DIRECTV STREAM, Hulu + Live TV and YouTube TV will include CBS in their base packages.

You may also be able to get streaming access to games airing on CBS by signing up for Paramount+.

It may also be possible to stream CBS by subscribing to the fuboTV base package, and you can also get TUDN Deportes by signing up for this service.

Most streaming providers will allow you to watch content on your phone, tablet or any other device that gets an internet connection. This means that you can watch at home, while on the train or wherever you happen to be.

You can stream UCL matches through BT Sport Pass. BT Sport had exclusive rights to broadcast the tournament in the UK through the 2021-2022 event, and it will likely retain these rights into the future.

Streaming service DAZN is the exclusive provider of live UCL content. You can also watch completed matches and other content on-demand through this service. DAZN also has the rights to FIFA World Cup qualifying matches and other important football matches involving European teams.

Finally, Australian viewers can watch this event by signing up for Foxtel.

Visiting UEFA.com will take you to UEFA.tv, which enables you to watch live coverage of any UCL game that is being played. The majority of content on this site is broadcast in English, but there are links to broadcast partners in each country where UCL games are made available to viewers.

Many of these international broadcast partners provide streaming content in whatever language is native to that part of the world.

Going to UEFA.tv also makes it possible to watch most completed matches on-demand. This can be ideal if a game is played during the overnight hours in your country or if you simply cant watch the original broadcast for any other reason.

You will also be given the option to watch highlights and other condensed clips featuring your favorite teams and players.

This site also provides in-depth interviews and other background information about the teams and players that are most likely to shine during a given years event. Having access to this information can be helpful to new or casual fans who want a better understanding of what they are watching.

There is no question that football is the most popular sport in the world, and the UCL features many of the best football teams in the world. Therefore, its little surprise that it attracts some of the largest global television audiences of any major sporting event.

Fortunately, it is easy to stream UCL games from wherever you are in the world through major platforms such as fuboTV, DAZN or Paramount+. Alternatively, visiting UEFA.com can provide you with easy access to UCL games, highlights and other great football content.