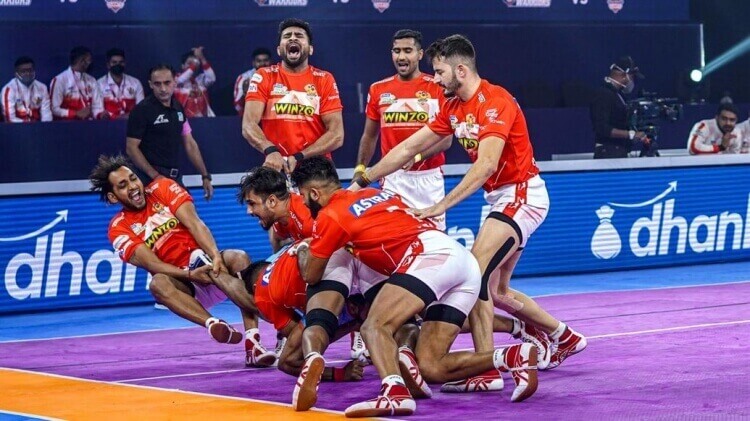 The Haryana Steelers will lock horns with the Gujarat Giants in Match 84 of the Pro Kabaddi League (PKL) 2022 on Monday. The Sheraton Grand Whitefield Hotel and Convention Center in Bengaluru will host this contest.

The Steelers are currently placed fourth in the PKL standings with 42 points to their name from 14 games. They have six wins and five losses so far this season, while three games have ended in draws.

Meanwhile, the Giants find themselves in 11th place with just 28 points from 12 matches. They have three wins and draws each in the ongoing edition of the Pro Kabaddi League. They have lost their remaining six matches this season.

The Haryana Steelers drew their previous PKL encounter against the Telugu Titans. They are on a four-match unbeaten streak and will look to extend that run going forward in the competition.

Gujarat Giants, on the other hand, lost their previous encounter against Dabang Delhi KC by a huge margin. They will look to get back to winning ways when they take on the Haryana-based club in the first game of the day.

Jaideep Kuldeep: Jaideep Kuldeep has looked a class apart with his defense and the left-corner defender has registered 49 tackle points in just 14 games, which puts him at 2nd on the list of top-scoring defenders. He has formed a formidable unit with Nada and the duo will trouble most raiding units.

Vikash Kandola: Vikash Kandola is a fine raider and he has done really well thus far. He has had an odd off game in between but has done well lately to take his tally past the magical three-figure number to 116 raid points. He will look to bring his best on the mat tonight and will hold the key in this game.

Surender Nada: Surender Nada missed the last season due to an injury he picked up before the start of the tournament, and showcased what the Steelers were missing in that time. Nada is one of the most experienced defenders in the league and has accrued 37 tackle points and 2 bonus points. Nada had a solid last game and will look to make the most of Gujarats poor run.

Sunil Kumar: Sunil has picked up some fine form lately and is now leading Giants by example. He was superb against a quality Tamil Thalaivas side, where he bagged a High 5. He could be in for a big game as he looks to add to his tally of 19 tackle points.

Parvesh Bhainswal: Parvesh Bhainswal is an experienced defender and has spent a good time with Gujarat Giants. He has been putting in some solid performances. The left corner defender is the top-scoring defender for the side with 26 tackle points to his name and is in fine form.