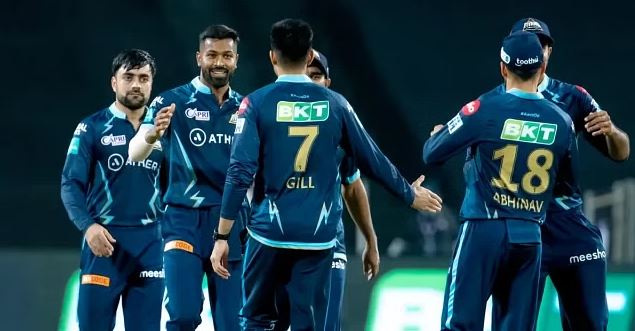 List of 2023 Gujarat Titans players, including names, photos, and captains contains more news about the winners of our most recent edition. Find out more about the reliable team. If Gujarat Titans Team can meet the demands of its followers this season, only time will tell.

Both pacer Lockie Ferguson and wicketkeeper Rahmanullah Gurbaz, who were both released, were traded to Kolkata Knight Riders. Jason Roy, Varun Aaron, Dominic Drakes, and Gurkeerat Singh were the other four players that were fired.

The bar has been lifted for the following year due to their performance from the previous year. recalling GTs outstanding prior performance. the team that won the IPL 2022 on May 29, 2022 at the Narendra Modi Stadium in Ahmedabad. GT beat the Rajasthan Royals by 7 wickets, as was widely reported. The victors from the previous season are ready to succeed again. Owner of the Gujarat Titans franchise in 2023 is CVC Capital Partners.

Here is the full Squad of Gujarat Titans IPL 2023