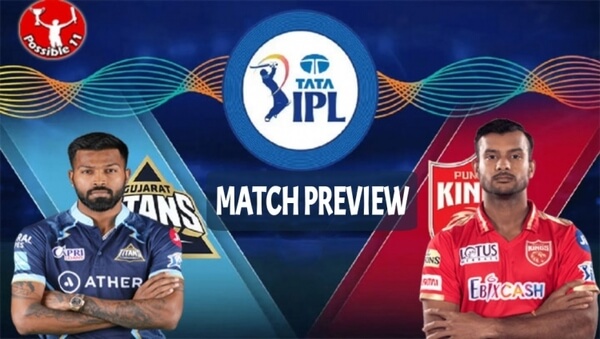 Gujarat Titans will look to cement their place in the playoffs when they face Punjab Kings in the Indian Premier League (IPL) on Tuesday. It has not been easy to defeat the team Gujarat, which is participating in the IPL for the first time. They have won eight out of nine matches and registering their sixth consecutive win will make them the first team to make it to the playoffs. The reason for this stellar performance of Gujarat is to make a strong comeback even in adverse conditions.

Eye on Tewatia, Miller and Rashid

Be it Rahul Tewatia, David Miller, Rashid Khan, or captain Hardik Pandya, all of them have produced match-winning performances in the tournament so far. If one player fails, the other takes responsibility.

Hardik had said after the win against Royal Challengers Bangalore (RCB), It is the beauty of this team that the players have shown what they can do even in difficult situations. We always encouraged them to do so. Last time when Gujarat and Punjab met, Tewatia had given his team victory by hitting sixes in the last two balls.

Punjab - PBKS will have hope from these players

Punjab will now be expecting favorable results. Also, he would not want the match to reach the last ball like last time. The performance of the Punjab team has again lacked consistency and has lost five out of nine matches so far. Their top batsmen, captain Mayank Agarwal, Jonny Bairstow, Shikhar Dhawan and Liam Livingstone have done well in pieces. He has to bring consistency in his performance. In the bowling department, fast bowler Arshdeep Singh has done consistently well. In the last match, his bowlers played well but the batsmen let him down.

Wicketkeeper Wriddhiman Saha has handled Matthew Wades place well in the Gujarat team. His opening partner Shubman Gill got off to a good start but the right-handed batsman recently struggled to score runs. He will definitely try to get back in form. Hardik has been the mainstay of batting for Gujarat. He has played a responsible inning. Hardik has scored a total of 308 runs so far and is the third-highest run-scorer in the tournament.

Miller and Tewatia play the role of the finisher brilliantly. In the last match, Rashid Khan had also presented a good example of his skill of hitting sixes. Gujarat has a strong bowling attack. While Mohammed Shami can wreak havoc with the new ball, Punjab batsmen will also have to be careful with the pace and variety of Lockie Ferguson. Gujarat may also retain Pradeep Sangwan, who performed brilliantly in his first IPL match after four seasons.

Pitch at DY Patil Stadium has shown slowness in recent few matches, the ball is not coming with a pace. The pitch at the DY Patil Stadium in Mumbai is similar. If we look at the result of the last 13 matches, then the average score of the first innings has been 172 runs. Most of the teams on this ground believe in chasing the target. So it is expected that the team winning the toss will field first.