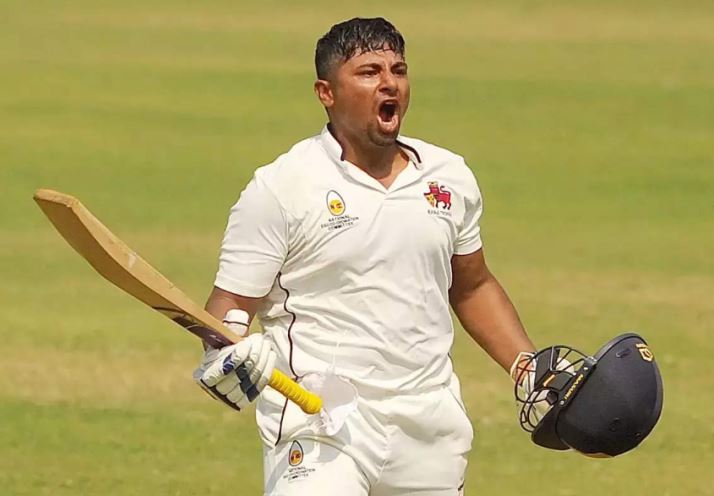 The Board of Control for Cricket in India (BCCI) has announced the Indian team on 13 January for the home two Tests against Australia to be played next month. Let us tell you that in the month of February, a 4-match Test series will be played between India and Australia (IND vs AUS).

For this series, a young player has been ignored in the team, who played a brilliant century in Ranji Trophy 2022. It is none other than Sarfaraz Khan, who did not get a place in the Indian team for the Test series.

Sarfaraz Khan did not get a place in Team India

Let us tell you that the BCCI has announced the Indian National Cricket Team for the first two matches of the Test series against Australia (IND vs AUS). For this series, the command of the team will be in the hands of Rohit Sharma, but young batsman Sarfaraz Khan in the team once again failed to make a place in the team.

Sarfaraz Khan has been performing brilliantly in domestic cricket for some time now, but still he has to wait for his first chance in Team India.

Let us tell you that 25-year-old Sarfaraz Khan has been making headlines since the year 2019 with his performance in Ranji Trophy. He has scored a flurry of centuries in first-class cricket playing for the Mumbai team. Sarfaraz has played 36 first-class matches so far, in which he has scored 3380 runs at an average of 80.47.

Only Sir Don Bradman has a better average than him after scoring more than 2000 runs in this format. While he has scored 469 runs in 26 List A matches at an average of 39.08. In such a situation, he will have to wait for some more time to make his debut in Team India.

In such a situation, the fans say that when Suryakumar can be given a chance in the Test team after seeing the form of T20, then why was Sarfaraz not included in the team considering his excellent performance in first-class matches in domestic cricket. Some fans compared Sarfaraz to Sanju Samson. He wrote that there are no followers like Samson on social media regarding Sarfaraz. This is harming them. Let us see how social media reacted to the selection of Suryakumar and the non-selection of Sarfaraz.

Very hard on Sarfaraz Khan who has literally broken the door down in first class cricket. You can't do more than he has.

Selecting Suryakumar Yadav ahead of Sarfaraz Khan in Tests is an insult to Ranji Trophy. That guy has been one of the most consistent run-getters in First Class cricket and deserved that call-up more than anyone.

Baffling selection by this committee, yet again.

Sarfaraz a victim of not having social media fan following like sanju. Poor guy has done more than enough to be in the squad. such a shame he is not included. #sarfarazkhan