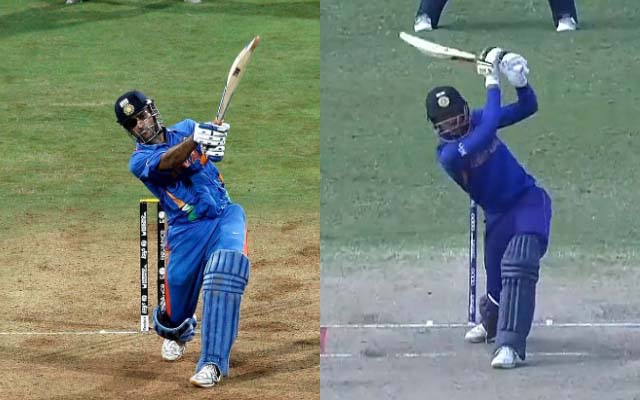 U19 world cup final India U19 vs England U19: Under the captaincy of Yash Dhull, India Under 19 team defeated England team by 4 wickets in the final match of Under 19 World Cup 2022 and won the title. India won the Under-19 World Cup title for the record fifth time. Before Yash Dhul, Mr. India won this title under the captaincy of Kaif, Virat Kohli, Shubman Gill, and Prithvi Shaw. In the final match of this time, the Indian teams wicketkeeper-batsman Dinesh Bana gave the team victory by hitting a six.

Dinesh Bana hit a six on the third ball of the 48th over of the second innings of the final match against England to level the score. Just after this, that is, on the fourth ball of the same over, he made the team win by hitting a second consecutive six. This victory was exactly the same as MS Dhonis six in the 2011 ODI World Cup, making India the world champion for the second time.

Dinesh Bana became the first wicketkeeper-batsman to lead India to victory by hitting a six in the Under-19 World Cup final. On the other hand, if we talk overall, he became the second wicket-keeper batsman after MS Dhoni to do so in any World Cup. In this match, Dinesh Bana scored an unbeaten 13 runs in 5 balls with the help of 2 sixes and his strike rate was 260.

Won Under 19 World Cup for the 5th time