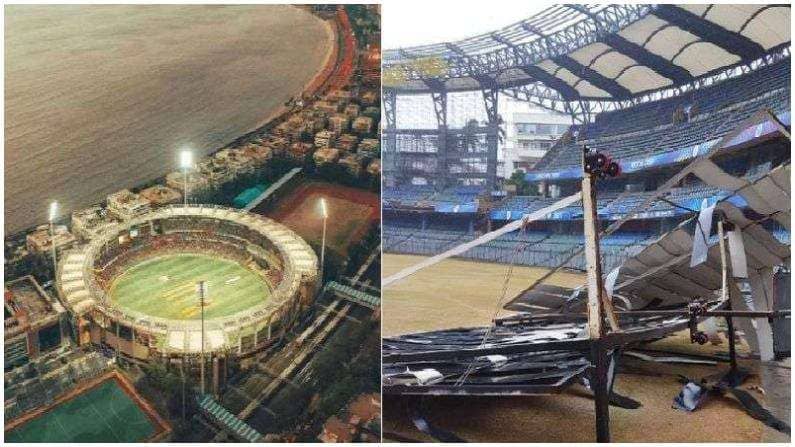 Cyclone Tauktae’s heavy winds, which hit Mumbai and caused absolute mayhem on Monday, disrupted and damaged various services across the city. The devastation caused by the gusty winds and heavy rains also brought down the 16-feet long sightscreen at the iconic Wankhede Stadium.

The cyclone even flooded the gymkhanas around the Marine Drive area, which faces the Arabian sea.

As reported by TOI, a source from the Mumbai Cricket Association (MCA) informed that it was not the first time where the sightscreen was brought down to the ground.

“The sightscreen towards the famous North Stand at Wankhede Stadium fell, as a result of the gusts of wind today. It had last fallen during the 2011 World Cup too. It’s not a big deal, we will use ropes and all to erect it again,” a source in MCA told Times Of India.

The BMC had earlier warned Mumbaikars to not step out of their respective homes. The cyclone reduced in intensity and ended around late evening on Monday. Mumbai is currently facing hardship dealing with the second wave of the Covid-19 pandemic with lockdowns firmly in place.