India have started the three-match T20I series against Sri Lanka with a comfortable 38-run win. It was a perfect team work for the visitors as Shikhar Dhawan and Suryakumar Yadav shone with the bat first and then the bowlers led by Bhuvneshwar Kumar (4/22) stuck to their plans to defend a middling total rather very easily.

Earlier, India got off to the worst possible start after being inserted into bat first. The debutant Prithvi Shaw got a peach of a delivery from Prithvi Shaw from Dushmantha Chameera off the first ball of the match. Skipper Shikhar Dhawan and Sanju Samson batted well to eke out more than 50 runs in the powerplay. The latter showed his range of shots and like always, looked extremely good during his stay in the middle. 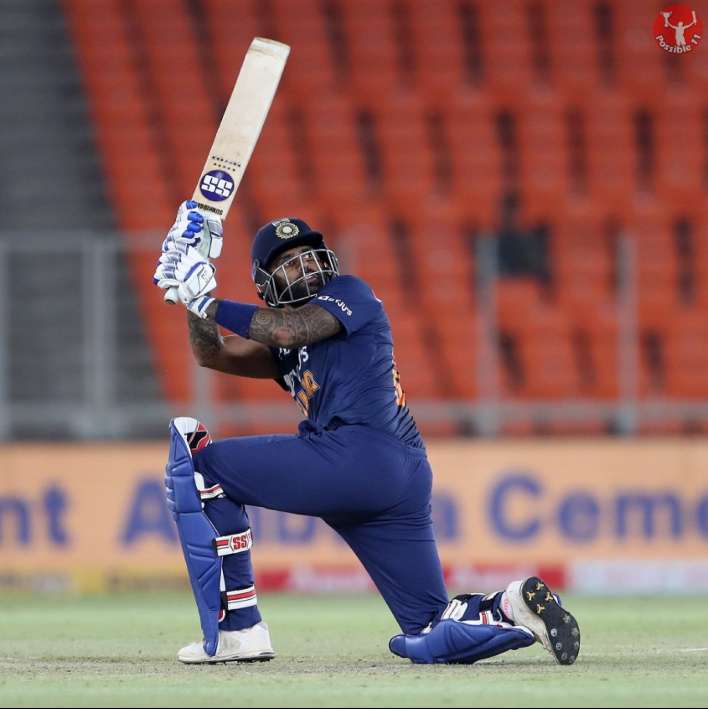 But as it is always with Samson, he couldn’t convert a good start and was dismissed lbw off Wanindu Hasaranga. He scored 27 off 20 balls with two fours and a six to his name. The in-form batsman Suryakumar Yadav then walked out to the middle and started batting as if he never got out during the ODI series.

In the meantime, Dhawan did no harm to his chances by batting well and holding one end. He carried on rotating the strike after the powerplay overs and even though Surya shone at the other end, the southpaw made sure to make his mark with his hitting. But light showers during the innings disturbed his concentration as the India skipper holed out in the deep in an attempt to up the ante.

Nevertheless, he scored 46 runs off 36 balls with four fours and a six. Coming back to Surya, his wrists were at work yet again as bowlers were left clueless at times bowling to him. He also got to his half-century in the process off just 33 balls. But he got out off the very next ball to none other than the leg-spinner and Sri Lanka’s go to man Hasaranga.

Surya’s wicket in the 16th over certainly put brakes on India’s run-scoring and despite Ishan Kishan‘s unbeaten cameo of 20 runs India could only reach 164 runs in their 20 overs after promising so many runs when Dhawan and Surya were batting. Chameera and Hasaranga were the best bowlers for the hosts as they picked two wickets each and were economical too.

Sri Lanka had done really well to restrict India to a decent total but they had to start well to chase it down. But Krunal Pandya‘s left-arm spin bluffed opener Minod Bhanuka for just 10 runs in the third over. Avishka Fernando though impressed yet again scoring quick runs in the powerplay. However, introduction of spin later led to them struggling a lot.

Yuzvendra Chahal once again struck in his first over to send back Dhananjaya de Silva with a beauty of a delivery. Bhuvneshwar Kumar soon dismissed Fernando to leave Sri Lanka struggling at 50/3 in the 8th over. From here on, the debutant Charith Asalanka took control of the innings to keep his team in the hunt.

He played some outrageous shots putting on an exhibition of power hitting taking toll of the short deliveries. But he didn’t get enough support from the other end with Ashen Bandara struggling to put bat to ball. Asalanka scored 44 runs off just 26 balls and frankly, was the only shining light in Sri Lanka’s innings. His efforts weren’t enough as Sri Lanka couldn’t challenge India much after his wicket fell.

They were eventually bundled out for just 126 runs in 18.3 overs to lose the match by 38 runs. After being competitive with the ball, their batsmen disappointed a lot once again to concede a lead in the series.