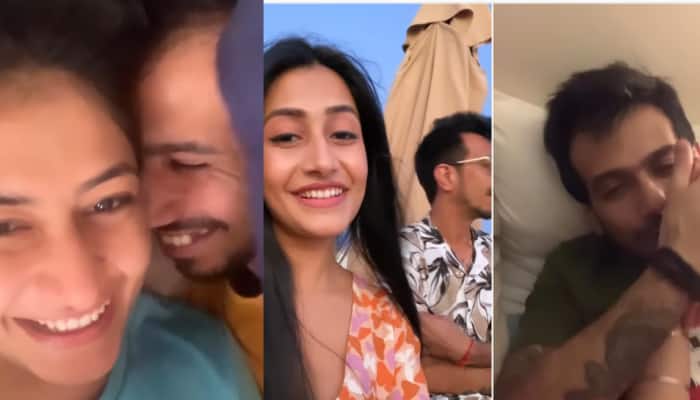 Yuzvendra released a cute video of him and Dhanashree together. It was not a noteworthy day. But Yuzi made sure that his devotion to his wife was evident every day.

Yuzvendra Chahal, an Indian cricketer, would be keen to display his best abilities at the next T20 World Cup 2022. But first, the renowned Indian bowler is making sure to show his wife, choreographer Dhanashree Verma, some affection. A cute video of Yuzvendra and Dhanashree was released on Thursday, September 15. It was not a noteworthy day. But Yuzi made sure that his devotion to his wife was evident every day. But his choice of captiaon was what his followers found most impressive.

He posted a video and wrote in the caption: "My strongest woman is my strength"

In terms of cricket, Chahal is motivated to perform well for India in the next T20 matches against Australia, South Africa, and the T20 World Cup in 2022. Chahal has been selected for the Indian T20 World Cup team in 2022. As the top leg-spinner in the mega-event scheduled to take place in Australia in October and November, he should participate in all games.

Only Bhuvneshwar Kumar has taken more wickets for India in T20Is than Chahal, who was recently passed by Kumar during the Asia Cup. In 66 games, he has taken 83 wickets with an average of 24.32 and an economy rate of 8.08. In the next months, Bhuvneshwar and Chahal will engage in a fierce competition to establish themselves as Indias most productive T20I bowlers.