BYJUS becomes the official sponsor of the FIFA World Cup 2022 in Qatar. 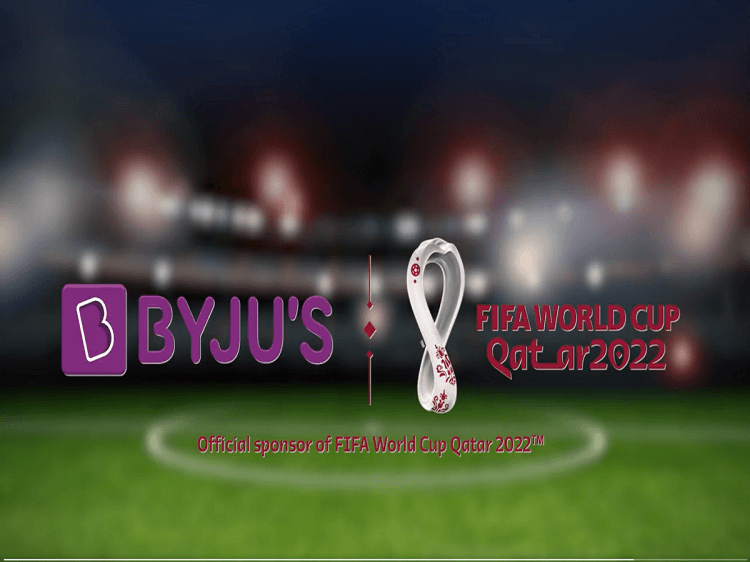 The company will now be able to use the Fifa World Cup logo, badge, and assets to build unique promotions and distribute them to football fans all around the world. As part of the partnership, Byjus will also offer educational content for young fans.

“FIFA is dedicated to harnessing the power of football towards the goal of enacting positive societal change. We’re delighted to be partnered with a company like BYJU’S, which is also engaging communities and empowering young people wherever they may be in the world,” said Kay Madati, FIFA’s Chief Commercial Officer.

“We look forward to supporting the promotion of BYJU’S educational learning opportunities, as well as having them join the global drumbeat of excitement for the FIFA World Cup 2022 through its association with this groundbreaking tournament," he added.

We are delighted to announce that BYJU’S would represent India at the biggest stage as an Official Sponsor of the FIFA World Cup Qatar 2022™️.

This would make BYJU’S the first EdTech brand to sponsor this prestigious event globally.

Byju Raveendran, the company’s founder, and CEO said: “We are excited to be sponsoring the FIFA World Cup Qatar 2022, the biggest single-sport event in the world. It is a matter of pride for us to represent India on such a prestigious global stage and champion the integration of education and sport.”

“Sport is a big part of life and brings together people across the world. Just as football inspires billions, we at Byju’s hope to inspire the love of learning in every child’s life through this partnership,” he added.

The deal comes after FIFA said on Tuesday it had entered into a sponsorship agreement with Singapore-based Crypto.com for the World Cup, which will be held from Nov. 21 to Dec. 18.