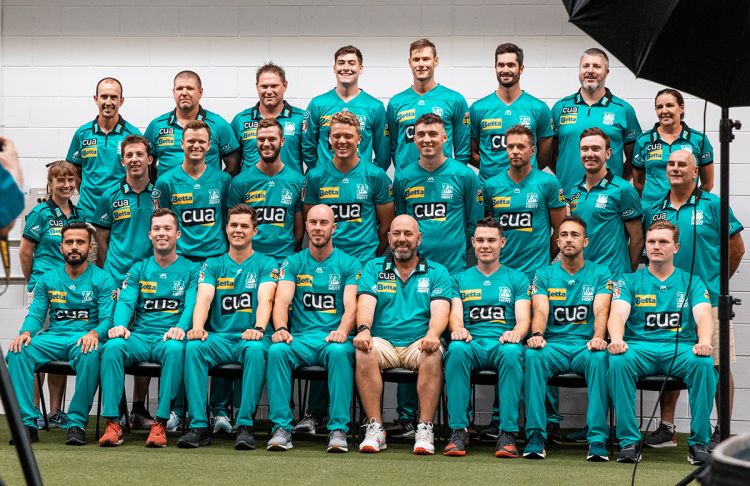 Brisbane Heat (HEA): The Brisbane Heat is an Australian mens professional Twenty20 franchise cricket team that competes in the Big Bash League. The Heat wears a teal uniform and is based in Brisbane in the Australian state of Queensland. His home ground is Brisbane Cricket Ground.

English superstar Sam Billings joins the Brisbane Heat for BBL|12 as the clubs platinum pick in the inaugural BBL Draft! The wicket-keeping batsman has previously played in the BBL for the Sydney Sixers and Sydney Thunder. Billings has played for England in all three formats of the game and is currently captain of the Oval Invincibles in The Hundred. The Englishman will be available for the first half of the Big Bash competition this Summer. Billings grew up on a farm in Kent and showed talent in a number of sports from a young age including cricket, tennis and football. At 14 years old, he was even offered a trial with Tottenham Hotspur F.C!.

Kiwi superstar Colin Munro joins the Brisbane Heat for BBL|12 as the clubs gold pick in the inaugural BBL Draft! The T20 specialist has previously played with the Sydney Sixers and was part of last seasons Championship winning team, the Perth Scorchers. In 2018, Munro was ranked the #1 T20I batsman in the world and remains one of the most destructive middle-order batsmen in terms of sheer power and ability to hit big from ball one. Munro will bring a wealth of experience to the Brisbane Heat this Summer with over 370 T20 matches under his belt.

Brisbane Heat first match of the Big Bash League 2022-2023 will be held on 15th December against Melbourne Renegades at 06:15 pm in Cazalys Stadium, Cairns.