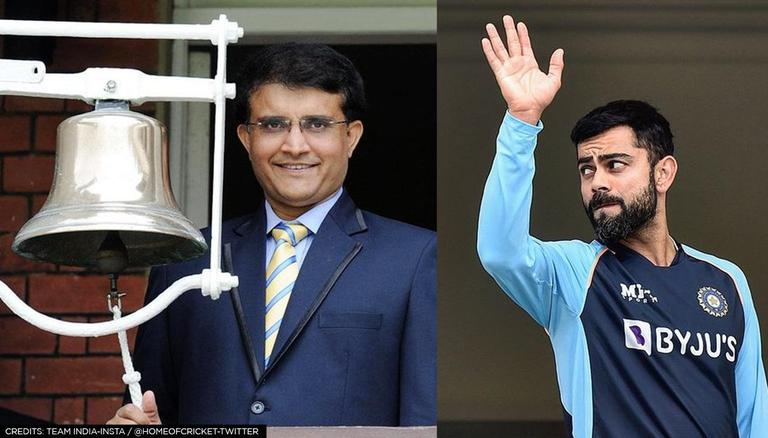 As India-Englands first Test of the five-match series ended in a draw, all eyes are now on the second test which is slated to take place at the iconic Lords Cricket Ground on August 12. Team India on Monday headed to London for the second Test against England at Lords though replacement players, Suryakumar Yadav and Prithvi Shaw, remained in Nottingham to complete their quarantine. Now, as per the PTI report, BCCI President Sourav Ganguly is likely to attend the Lords Test and will be flying for London to attend India-England second Test.

As the United Kingdom moved Indian travelers from red to amber list on August 8, BCCI president Sourav Ganguly will be leaving for London on Tuesday to watch the second Test at Lords starting August 12. The move from red to the amber list means that any person who is fully vaccinated as per UK health authorities protocol will not need to serve the mandatory 10-day hard quarantine period which the likes of Shaw and Surya are currently serving, having arrived in a commercial flight from Colombo.

Apart from BCCI President Sourav Ganguly, Secretary Jay Shah, Vice-President Rajiv Shukla, Treasurer Arun Dhumal might also go to the UK to watch the Indian team play at some point during the series.

"For any of the office bearers, it was very difficult with 10-day hard quarantine in place as everyones busy schedule goes for a toss. Since some of the travel protocols have been relaxed, especially the quarantine, our office bearers if they want can now attend," a source told PTI.

As Team India has already headed for the Lords Test, Suryakumar Yadav and Prithvi continue to serve their quarantine. Shaw and Suryakumar, who linked up with the squad in Nottingham on August 3, will only complete their 10-day quarantine on August 13, which means that they can only train from August 14 and will be available for selection from the third Test, starting August 25 at Leeds.

The nine-day gap between the second and third Test will certainly give the duo ample chance to train and be match-ready in case the team management feels the necessity of playing either of the two.

ENG vs IND: Nottingham Test ends in a draw

The contest ended in a dra-, a winner could not be determined in first India vs England Test match. England was bundled out for 303 in their second innings riding on an outstanding knock of 109 from Test skipper Joe Root as Virat Kohli & Co. had to chase 209 runs for going 1-0 up in the five-match series.

Read:Australia gives freedom to players on IPL 2021 participation in UAE

India did get off to a good start before losing their first innings hero KL Rahul for 26. Rahul was caught behind by Jos Buttler off Stuart Broad. However, his opening partner Rohit Sharma and number three batsman Cheteshwar Pujara ensured there were no further hiccups and succeeded in saving their respective wickets.

The visitors needed 157 runs to win with nine wickets in hand on the fifth and final day To start with, it was up to Rohit Sharma and Cheteshwar Pujara to guide India off to a win. With the ball seaming around, the English bowlers would have fancied their chances as well. Amidst all the excitement and thrill around the last day’s play, the weather gods had other plans. Not a single ball could be bowled on the day as the rain ended up playing spoilsport on Sunday and the series opener was washed out.