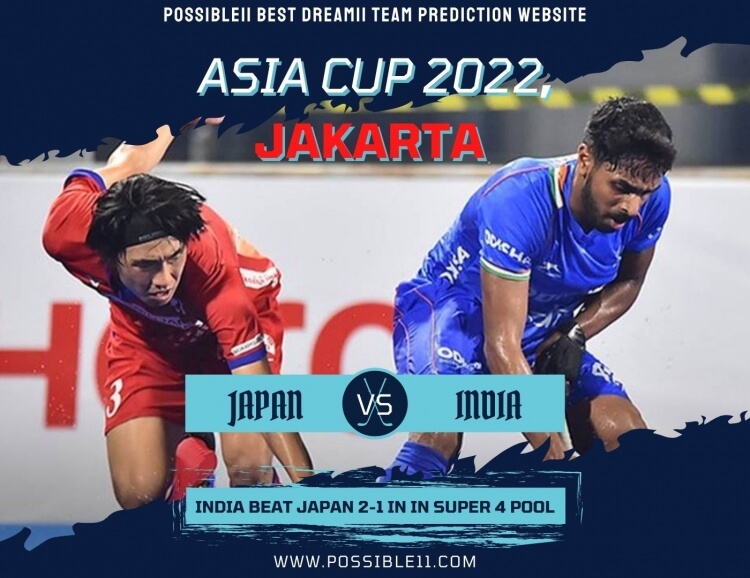 The Indian men’s hockey team scored two fantastic field goals to beat Japan 2-1 in its first Super 4 league match and avenge its loss in the pool stage of the Asia Cup on Saturday. The defending champions, who lost 2-5 against Japan in the pool stage, scored two eye-catching field goals through Manjeet (8th minute) and Pawan Rajbhar (35th) to register a narrow win.

Japan’s lone goal came from a penalty corner through Takuma Niwa in the 18th minute. Japan threatened India initially and secured a penalty corner as early as in the opening minute but the Indians thwarted the danger. The Indians grew in confidence and got their footing as the match progressed.

Birendra Lakra-led Indian side took the lead in the first quarter itself when Manjeet scored a field goal in the seventh minute of the match. However, Japan equalized early in the second quarter as Niwa Takuma successfully converted a penalty corner in the 17th minute.

Pawan Rajbhar restored Indias lead in the third quarter via another field goal in the 34th minute and the men in blue managed to run down the clock to finish with a 2-1 win. In the other Super4s match of the day, Malaysia and Korea played a 2-2 draw.