Ajinkya Rahane has reportedly been ruled out of IPL 2022 with a hamstring injury. The right-hander would thus not be available for selection for Kolkata Knight Riders last league stage game against Lucknow Super Giants on Wednesday, May 18. He is said to have suffered a Grade III injury and would leave the KKR bubble on Monday.

Rahane was brought back into the KKR playing XI after poor performances but his tournament has been cut short after the injury. The experienced batter’s chance of making it to the Indian team for the June-July England tour has also taken a hit.

Rahane could have been part of the Indian squad for the series after losing his spot to newcomers but he will now be nursing the injury that he sustained during KKR’s match against Sunrisers Hyderabad (SRH) on May 14. 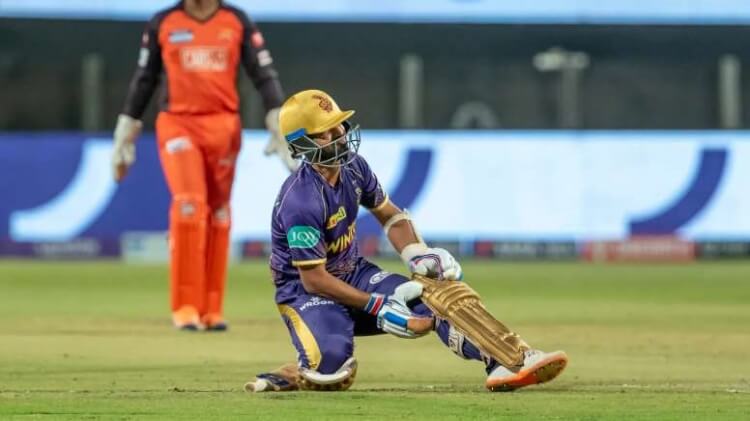 Let us tell you that Ajinkya Rahane had already lost his place in the Test team. He was replaced by Hanuma Vihari and Shreyas Iyer and his return from injury has become more difficult. Ajinkya Rahane is about to emerge from the bio bubble of Kolkata Knight Riders. He was injured in the match against Sunrisers Hyderabad. He was not seen even while fielding. According to reports, now Rahane will be sent to the National Cricket Academy where he will stay for 4 weeks, let us tell you that Rahane was bought by Kolkata Knight Riders this season at a base price of 1 crore. Rahane got a chance in 7 matches but he scored 133 runs at an average of just 19.

Also Read: Pat Cummins ruled out of IPL 2022 due to hip injury