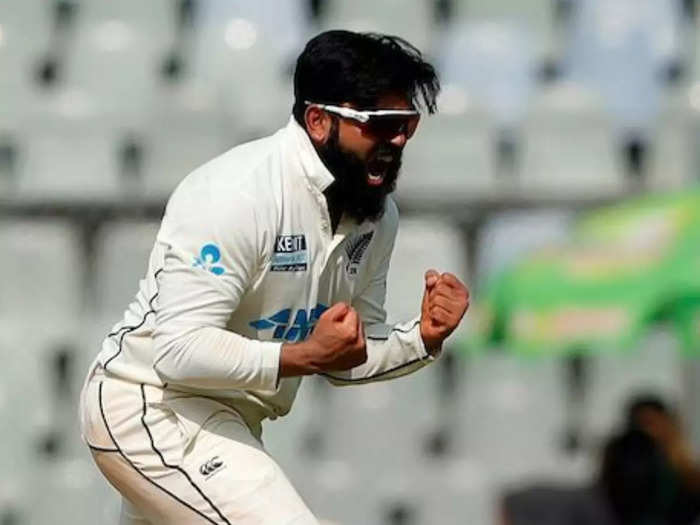 New Zealand left-arm spinner Ajaz Patel became only the third bowler after Jim Laker and Anil Kumble to take all ten wickets in a Test inning, against India in Mumbai.

Ajaz Patel became the third cricketer to scalp all 10 wickets in an innings as New Zealand bundled out India for 325 on the second day of the second Test at the Wankhede Stadium on Saturday.

In 1956, England bowler Jim Laker had taken 10 wickets in an innings against Australia and decades later, India’s Anil Kumble, too, achieved the incredible feat against Pakistan in 1999. At the Feroz Shah Kotla in New Delhi, Kumble had made a perfect 10 to bundle out Pakistan and clinch the game.

Exactly 21 years later, Mumbai-born Patel, whose parents immigrated to New Zealand in 1996, had a dream run on his ‘ homecoming’ as he clinched all the Indian wickets, to not only create an incredible personal milestone but also bring his side back into the game.

Patel was the only one to get wickets on the first day of the Mumbai Test. From the Indian team batting first, Shubman Gill, Cheteshwar Pujara, Virat Kohli and Shreyas Iyer had become victims of Patel on the very first day. Pujara and Kohli could not even open their account. Patel, who came to bowl on the second day, was in a different colour. Early in the day sent Wriddhiman Saha back to the pavilion, then Ravichandran Ashwin. Team Indias score was not even 300 runs that centuryveer Mayank Agarwal also got caught in Patels spin. Till now Patel had taken 7 wickets. He took the eighth wicket of Axar Patel. Then he also got the wicket of Jayant Yadav. Then as soon as Mohammad Siraj was dismissed, Patel was recorded in the pages of history.