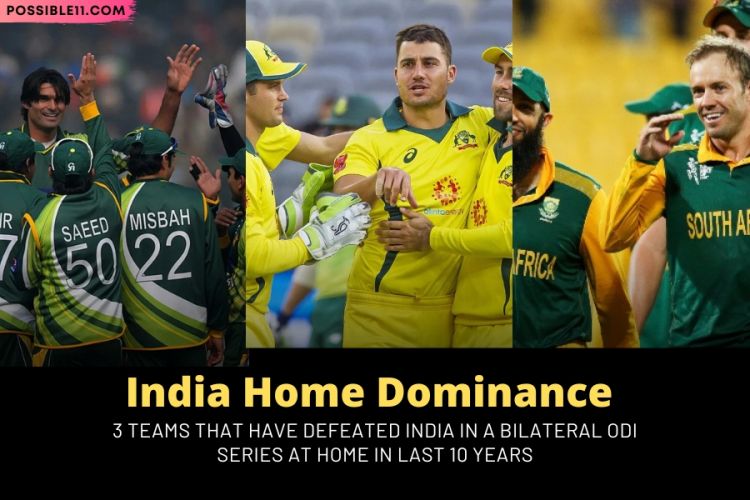 Team India has been a force to be reckoned with in ODI cricket over the last decade. Though they haven't won a major ICC trophy since 2013, they have been nearly unbeatable in bilateral home ODI series. In fact, the fact that India has lost only three bilateral series at home in the last decade is a testament to their dominance.

This year, 2023, India has already kicked off the year on a winning note by securing two bilateral series within 21 days. With the year just starting, fans can expect more high-quality cricket from the Indian team in the days to come.

Despite their dominance at home, there have been a few teams who have managed to defeat India in bilateral ODI series at home in the last 10 years. These teams include: ... (list of teams)

Pakistan Defeated India in a bilateral series in 2012/13 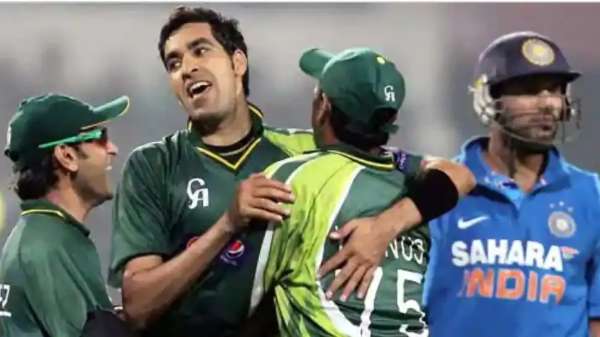 In 2012/13, Pakistan made history by defeating India in a bilateral ODI series on their home soil. The series, consisting of 3 matches, was held in India and Pakistan emerged victorious by a margin of 2-1.

The first match of the series was held in Chennai and ended in a tie, with both teams scoring 227 runs each. The second match, held in Kolkata, saw Pakistan triumph with a comfortable 85-run victory. India, however, managed to win the third match in New Delhi by 8 wickets but it was not enough to change the outcome of the series.

Pakistan's victory in this bilateral series was a historic moment as they had not won an ODI series in India since 1984-85. The team, led by Misbah-ul-Haq, put up a strong performance with contributions from the likes of Mohammad Hafeez and Saeed Ajmal. Pakistan's bowlers, especially Ajmal, were instrumental in their success as they consistently kept the Indian batsmen in check.

This bilateral series win was a major accomplishment for Pakistan and a testament to their dominance in ODI cricket at the time. It also served as a reminder of the intense rivalry between the two nations and the excitement that comes with matches between India and Pakistan.

South Africa defeated India in a bilateral series in 2015 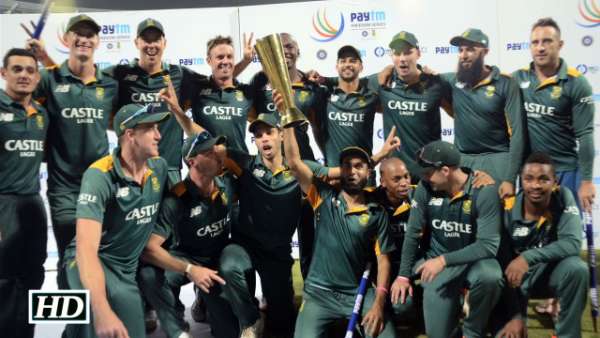 The South African team was led by AB de Villiers and featured some of their star players such as Hashim Amla, Faf du Plessis, and Dale Steyn. India, on the other hand, was captained by MS Dhoni and had Virat Kohli, Rohit Sharma, and Shikhar Dhawan in their ranks.

This series was a testament to South Africa's excellent performance and also showed that they were capable of defeating a strong team like India on their home soil. It was a historic achievement for South Africa and a series that will be remembered for years to come.

Australia Defeated India in a bilateral series in 2019 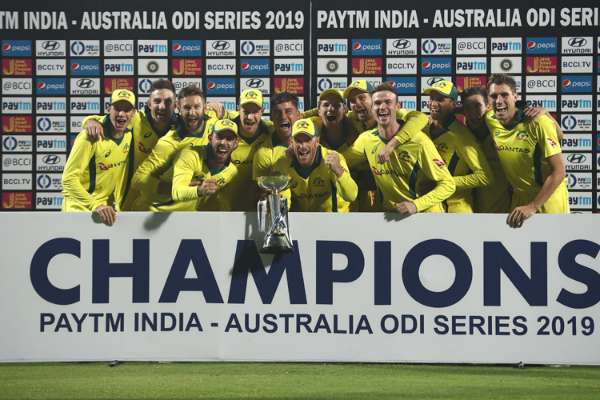 In 2019, the Australian cricket team made history by becoming the first team in over a decade to win a bilateral ODI series against India on Indian soil. The series, which consisted of five matches, was held in the months of January and February and was highly anticipated by fans and experts alike.

The Australian team, led by Aaron Finch, arrived in India with a relatively inexperienced squad, but they quickly proved their worth on the field. The series began with a close match, which India narrowly won by 6 runs. However, the Aussies bounced back in the second match, winning by 36 runs. The third match ended in a tie, setting the stage for a thrilling finale.

The fourth match, held in Mohali, was a high-stakes encounter, with the series level at 2-2. The Aussies put on a dominant performance, with their bowlers restricting India to a below-par total of 252 runs. In reply, the Australian team chased down the target with ease, thanks to a century from Peter Handscomb and a solid knock from Ashton Turner

With the series on the line, the final match was held at the iconic Feroz Shah Kotla Stadium in Delhi. The Australian team once again put on a commanding performance, with their bowlers, led by Pat Cummins, restricting India to a modest total of 251 runs. In reply, the Aussies chased down the target with 8 wickets in hand and 39 balls to spare. This historic series win was a testament to the Aussies' skill and determination, and it will go down in the annals of cricket history as one of the most impressive series wins by any team on Indian soil.