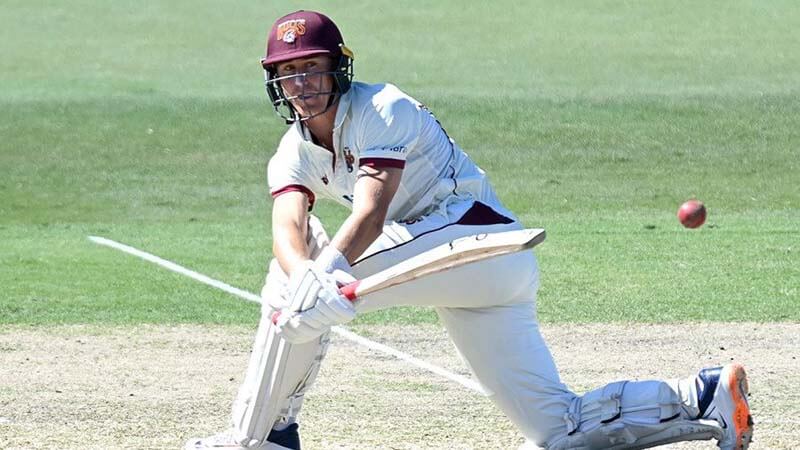 Labuschagne to miss white-ball tour of the West Indies, will continue stint with Glamorgan

Australian batter "deeply upset to miss out due to circumstances beyond anyone's control," says Trevor Hohns

Marnus Labuschagne is missing from the Australia limited-overs squad for a tour of the West Indies starting next month, after it was decided he would play out his current county stint with Glamorgan instead.

A vast preliminary squad for the tour - which may still theoretically be followed by a trip to Bangladesh for more white-ball matches - includes the likes of Matthew Wade, D'Arcy Short, Marcus Stoinis and Mitchell Swepson, all of whom missed out on Cricket Australia contracts in the annual list.

"Anyone who knows Marnus understands he would give absolutely anything to play for Australia and he is deeply upset to miss out due to circumstances beyond anyone's control," selection chairman Trevor Hohns said. "We worked through numerous options in conversations with Marnus to find a workable solution but ultimately came to the conclusion it was more practical for him to remain in the UK.

"Had we not been in the middle of a global pandemic, Marnus would be on this tour as a well-established member and important part of the one-day side. It's an unfortunate circumstance of the many challenges the world is facing right now. As it stands, Marnus has the opportunity to continue in county cricket and T20 games with Glamorgan as we head into the World Cup and home summer." 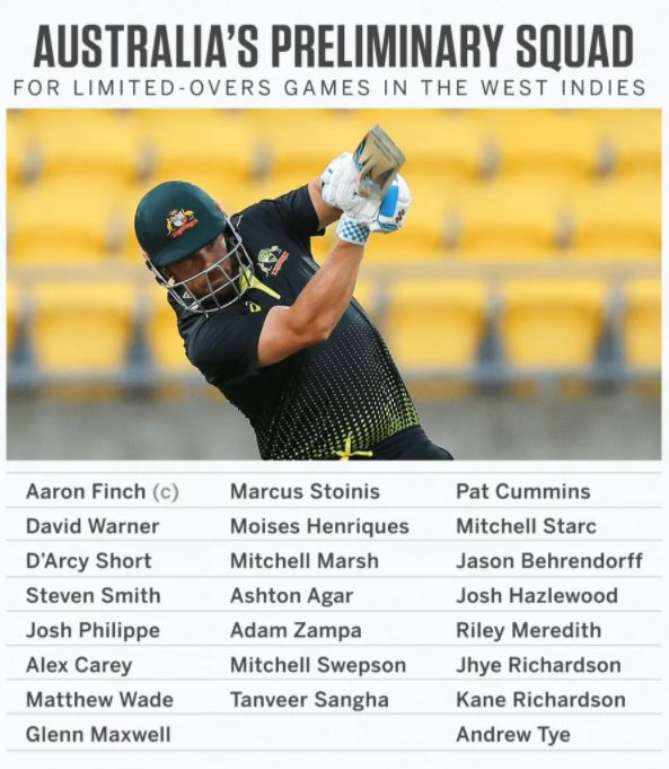 Daniel Sams, who was part of Australia's squad for the recent limited-overs tour of New Zealand but then endured an unhappy time during the IPL where he tested positive for Covid-19 before the tournament, which was then cut short by India's spate of outbreaks, asked not to be considered for the trip because of personal and mental health reasons.

Ben Oliver, the head of national teams, said that while discussions about the Bangladesh phase of the tour were continuing, the squad had been cleared to receive vaccinations before their departure in line with those being afforded to Australia's Olympic team scheduled to compete in Tokyo later this year.

"It was great to see our Olympians receiving their vaccination shots ahead of the Tokyo Games and we are working through logistics for the Australian men's team with the relevant agencies." Oliver said. "We will comply with all government directives in relation to vaccinations and international travel.

"The Australian men's team has completed successful tours of England and New Zealand during the pandemic, including the accompanying quarantine periods, and we are hopeful of being able to travel to Bangladesh at the completion of the West Indies tour. Those discussions are progressing well and updates will be provided in due course."

Australia are scheduled to play five T20Is in St Lucia and three ODIs in Barbados between July 9 and July 24, their tour sandwiched between tours of the Caribbean by South Africa and Pakistan.