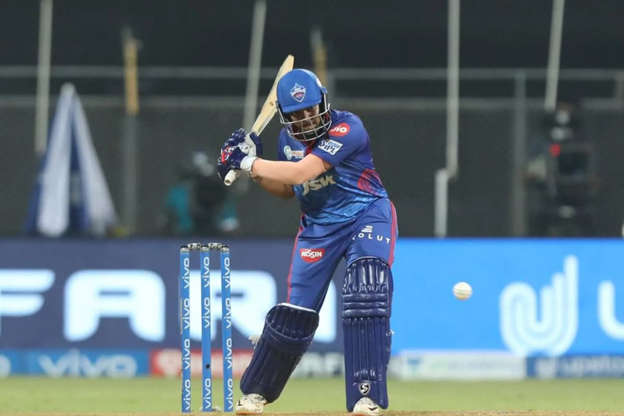 The BCCI President Sourav Ganguly recently stated that a ‘specialist’ Indian limited overs team will travel to Sri Lanka sometime in July for a possible three ODIs and five T20Is.

With the main Indian continent comprising 20 players with four as standby set to leave for a four month long tour of England in early June, the tour to Sri Lanka provides a massive opportunity for some of the big players who were left out of the contingent and also for other white-ball specialists.

We look at the possible Indian squad to Sri Lanka and how it can open the window for some of the star players.

Prithvi Shaw was unlucky to have been left out of the Test squad to England. Given his current form, he deserved a place possibly as the first-choice opener to partner Rohit Sharma, ahead of Mayank Agarwal or KL Rahul. Shaw has seen a dramatic change in fortunes after being dropped after failing in the Adelaide Test in December.

He was in scintillating form in the 2021 Vijay Hazare Trophy – which is India’s premier 50-over domestic tournament. Shaw piled on a record 827 runs in 8 matches at a stunning strike rate of 138.29 with 4 hundreds in the competition. He scored big, was consistent and scored his runs at a lightning pace annihilating any bowling attack of the opposition.

Shaw continued his form in the IPL where he scored 308 runs in 8 innings for the Delhi Capitals at a smashing scoring rate of 166.48. His shot-making ability, hand-eye coordination and timing are second to nOne in the Indian circuit and he has been described by many pundits and former players, including the great Ricky Ponting as a ‘special’ player.

Shaw was snubbed by the selectors, with some reports suggesting he was not considered due to his fitness, and he will have a point or two to prove in Sri Lanka. The destructive right-hander has an aggregate of 2211 runs in 41 List A innings at an average of 58.18 and strike rate of almost 125 with 8 hundreds.

Shikhar Dhawan will be the automatic choice, at least in the 50-over matches. Dhawan is one of the greatest ODI batsmen in the format’s history with 5977 runs in 139 innings at an average of 45.28 and strike rate of 93.9 including 17 hundreds. He has not quite replicated that form in T20 cricket for India but has been in phenomenal form in the IPL in the last three years scoring big runs switching between anchor and aggressor.

Another good option at the top of the order would be RCB’s Devdutt Padikkal. The left-hander outscored both AB de Villiers and Virat Kohli in IPL 2020 in the UAE and, like Shaw, was in brilliant form in the 2021 Vijay Hazare Trophy with 737 runs in 7 innings including 4 hundreds. Padikkal also gave a glimpse of a new avatar in his batting – of Padikkal the aggressive batsman in IPL 2021 when he blasted an unbeaten 101 off just 52 deliveries against the Royals in Mumbai.

Sanju Samson should be the first-choice batsman for the number three position. Samson was in breathtaking form at the start of the IPL season (as he was in the UAE last year) – he almost pulled off an impossible chase for the Royals single-handedly against the Punjab Kings smashing 119 off just 63 deliveries in Mumbai.

There has never been a doubt over his prodigious talent and ability but his temperament has often been questioned for the manner in which he throws away chances and opportunities and is not able to put in the consistent performances.

Samson has played 7 T20Is for India but scored just 83 runs at a strike rate of 118.57 with a highest score of 23. When he is good there is no one better but when not in form he goes into a slump – unfortunately for Samson the latter has dominated his batting career.

He is still 26 and the tour of Sri Lanka will provide another golden opportunity for the Kerala batsman to convert the talent into consistent performances for India.

Ishan Kishan had a nightmare of an IPL for the MumbaI Indians in 2021. He mustered just 73 runs in 5 innings at a strike rate of barely 83. This was a dramatic downfall from what he achieved for the franchise in the UAE in IPL 2020 where he was the top-scorer for the Mumbai Indians with 516 runs in 14 matches at a high scoring rate of almost 146.

He performed under different situations and from different positions and that added to his versatility as a batsman. The Lanka tour will be the ideal opportunity for Kishan to get back to form and showcase his talent for India – a glimpse of which he already gave in his Player of the Match debut performance against England in Ahmedabad.

Suryakumar Yadav could not repeat his form in the last three years in the IPL in this years edition. He lacked the consistency which was his standout feature between IPL 2018-2020. Yadav scored just 173 runs in 7 innings for the Mumbai Indians this season.

His performance in the IPL and domestic circuit in the last few years had earned him a place in the Indian XI for the T20I series against England. Yadav made the most of it with a Player of the Match performance in his first opportunity with the bat. He would like to prove that his two outings for India were not a fluke and that he belongs to the big stage. Yadav has a strike rate of 103.88 in List A cricket.

Shreyas Iyer could be seen back in action for India after a dislocated shoulder forced him out of the 2021 IPL. Although it will be a fight against time if Iyer were to make the tour to Sri Lanka, it would be the perfect platform for the right-hander to make a comeback. He had already cemented a permanent position for himself in Indian middle order both in the 50-over and 20-over XIs. Iyer has an aggregate of 813 runs in 20 ODI innings at an average of 42.78 and strike rate of 100.37.

The Pandya Brothers will definitely be seen in action across the ODI and T20I series for India. Hardik had a poor outing with the bat for the Mumbai Indians in IPL 2021 and given his inability to bowl (due to a back problem) was overlooked by the selectors for the Test squad to England.

He would be looking to make a strong statement in the Sri Lanka limited over series. Hardik was in fine form with the bat in the ODI series in Australia where he recorded a couple of 90s in Canberra and Sydney at a very high strike rate.

His career ODI strike rate of 117.31 is the highest for India in the format and the fourth-highest in the format’s history.

Hardik was in devastating form for the Mumbai Indians in IPL 2020 and IPL 2019 scoring cameos from the middle order one match after the other.

Krunal Pandya has already represented India in 21 limited over matches. He has an average of 38.48 and strike rate of almost 90 in List A cricket and can be used as a floater between number 4 and number 7. He is also a very restrictive bowler with an economy rate of 5.06 in List A cricket and 7.35 in T20 cricket.

Rahul Tewatia is another name who would be under consideration for the tour to Sri Lanka. Tewatia took IPL 2020 by storm hammering cameos down the order for the Royals while also picking crucial wickets with his economical bowling. Although he has not repeated his feats in this year’s edition, he would be in the mix courtesy what he can offer both with the bat and ball.

Yuzvendra Chahal was in poor form with the ball for the Challengers this year bagging just 4 wickets in 7 matches at an economy of 8.26 per over. The leg spinner was the leading wicket-taker amongst spinners in IPL 2020 and has been one of India’s greatest match-winners with the ball in the last few years, especially in ODI cricket.

Chahal has witnessed a massive dip in his T20I numbers since 2019 – his economy rate has been on the rise and his ability to pick wickets in the middle overs on the wane. With Rahul Chahar rising amongst the ranks, Chahal needs to deliver in Sri Lanka.

Rahul Chahar was the best spinner in IPL 2021 returning with 11 wickets at a restrictive rate of just 7.21. He had picked 15 wickets in IPL 2020 in the UAE at an economy rate of 8.16 and 13 in IPL 2019 at a rate of 6.55. The Sri Lanka tour provides a good opportunity for Chahar to cement his place as the premier leg spinning option for India.

Ravi Bishnoi, the impressive 20-year old from the Punjab Kings will be a good selection for the tour to Sri Lanka. Bishnoi made the most of the four chances he got for this franchise in IPL 2021. Bishnoi bowled in the middle overs, picked crucial wickets and was brilliantly restrictive.

Kuldeep Yadav could get one more chance to redeem his dwindling fortunes across formats. Yadav was in great form in international cricket from 2017 till the first quarter of 2019 but thereafter his form saw a dramatic decline. Since April 2019, he has played just 23 matches across the three formats and picked 24 wickets at an average of 48.41 and strike rate of 49.5.

Yadav did not get a game for KKR in IPL 2021 after poor returns the previous two editions. One of the most promising prospects for India until a few years ago, Yadav needs a mini-renaissance to revive his career.

Mystery spinner, Varun Chakravarthy, who has been KKR’s best bowler both in IPL 2020 and IPL 2021 could also get a ticket for the Sri Lanka tour.

Bhuvneshwar Kumar was omitted from the 20-man squad to England in the aftermath of a poor outing for the Sunrisers in IPL 2021. The right-arm medium pacer has many variations up his sleeve in limited overs cricket with his ability to restrict the opposition batsmen his biggest forte in the 50-over and 20-over formats.

Kumar has an economy rate of 5.01 in ODI cricket and just 6.98 in T20I cricket. In addition he has been in excellent wicket-taking form in ODI cricket since 2019 – Kumar has picked 39 wickets in just 22 matches at a strike rate of 27.5 in this period.

Avesh Khan – the impressive fast-medium bowler for the Delhi Capitals will be in the reckoning too for the Sri Lanka tour. He was the joint second-highest wicket taker in IPL 2021 with 14 wickets. The standout feature of his bowling was the quality of wickets he took and his economy rate of just 7.7 in the tournament.

Deepak Chahar, who has already become a regular in India’s T20 XI, gave two high impact performances in IPL 2021 and his selection is a given for the Sri Lanka tour. Chahar has the ability to pick heaps of wickets with the new ball and also not concede many runs in the powerplay.

Harshal Patel was the leading wicket-taker of IPL 2021 with 17 wickets from 7 matches and it is this wicket-taking prowess that could land him a spot in India’s squad to Sri Lanka.

Left-arm seamer, Chetan Sakariya who impressed for the Rajasthan Royals with 7 wickets in as many matches at a good economy rate would add variety to the attack and could find himself boarding the flight to Sri Lanka.

Navdeep Saini did not have a great outing with the IPL but in all likelihood will get another chance to prove his mettle in Sri Lanka. Saini has picked 81 wickets in 54 List A matches and has the ability to generate extra pace even on unresponsive wickets.

A possible best XI from the above would be: