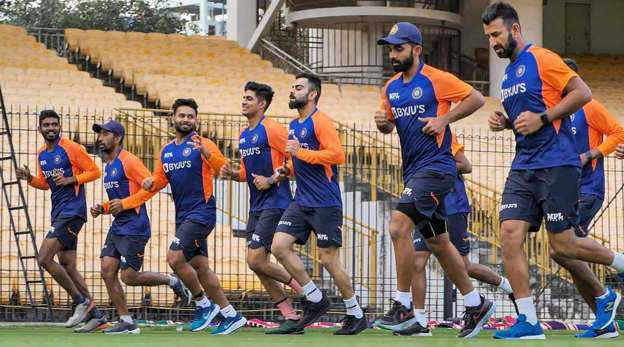 Consider yourself out of England tour if you test positive in Mumbai, BCCI tells players

The Board of Control for Cricket in India (BCCI) has informed its England-bound players that if they test positive after landing in Mumbai before embarking on the tour, they can consider themselves out of the trip.

Indian team physio Yogesh Parmar has advised the players to try and keep themselves isolated until they reach Mumbai.

The players, support staff and their family members going to England will undergo RT-PCR Tests on the first day after checking in at their hotel. With the contingent coming from all parts of the country, the BCCI wants a secure bio-bubble in place.

The Indian team is scheduled to fly out on June 2 to play the World Test Championship final against New Zealand, followed by a five-Test series against England.

“The players have been informed to consider their tour over if they are found positive on their arrival in Mumbai as BCCI will not arrange another charter flight for any cricketer,” a source in the Indian board informed.

Chastened by the suspension of the Indian Premier League (IPL) after several positive tests in various franchises, the board has become more cautious. It has told the players that RT-PCR tests will be conducted on their family members too before they reach Mumbai. This has been done as a precautionary measure keeping in mind the second wave of the pandemic wreaking havoc in the country.

The board has also asked the team members to take the first jab of the Covishield vaccine in India and BCCI will arrange for their second doses in England.

As the AstraZeneca vaccine available in England is a version of Covishield, the BCCI can make the second dose available for its players there.

“The players, support staff and families will be tested and two negative reports are required before they leave for Mumbai. It will be done in order to ensure that they are coming into the bubble without any infection.

The players have also been given the option to travel by air or car to reach Mumbai. For vaccination, BCCI has informed the players to take Covishield which they can get in England, and not Covaxin,” the BCCI source informed.

Players like Virat Kohli, Ishant Sharma, Ajinkya Rahane, Cheteshwar Pujara and Umesh Yadav took their first vaccine doses on Monday while a few players will be taking them in the coming days. The BCCI has asked players to get in touch if they don’t have access to the Covishield vaccine, and the Board will arrange it for them.

The BCCI is still to finalise the number of days the Indian players will have to undergo quarantine. The board wants 14 days’ quarantine in India and another 10 days in England before they play the World Test Championship final. The players don’t want a hard quarantine and want some relaxation while being in isolation in India.

Three T20Is and ODIs each against Sri Lanka

The Indian team will play three ODIs and as many T20Is against Sri Lanka in July. A second-string Indian team will be travelling to the island nation with the India A support staff as coaches. The Indian team has nearly a one-month gap between the World Test Championship final and the first Test against England.