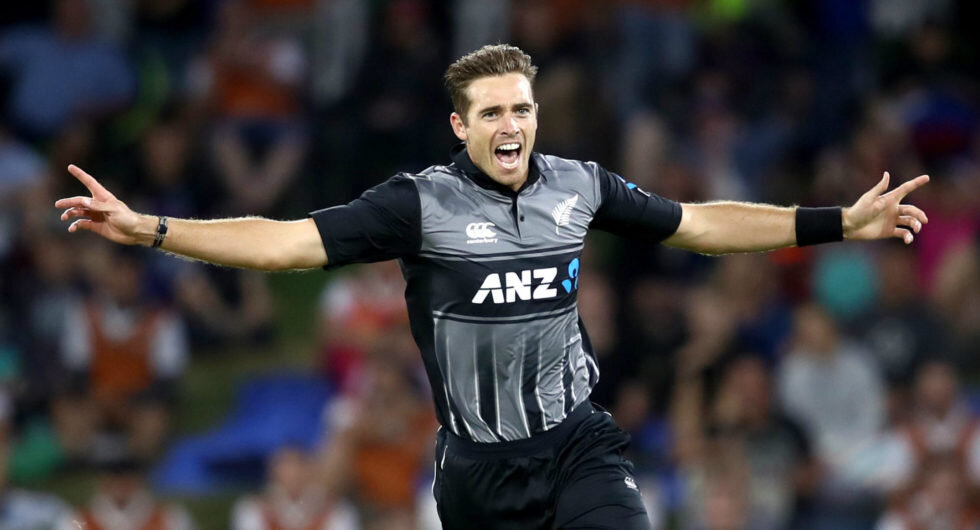 Tim Southee, with 99 T20I wickets, became the second-highest wicket-taker in men's T20I cricket on Thursday with his three-wicket haul in third T20I against Bangladesh.

New Zealand pace spearhead and stand-in skipper Tim Southee on Thursday became the second-highest wicket-taker in men's Twenty20 Internationals. Southee (99 wickets) achieved the milestone when he dismissed Bangladesh batsman Mosaddek Hossain in the third and final T20I on Thursday. The New Zealand pacer had 96 wickets under his belt before the third T20I and he needed three more to leapfrog former Pakistan skipper Shahid Afridi in achieving the feat.

Southee hit the bullseye and scalped three to become the second highest wicket-taker in men's T20Is. Sri Lanka legend Lasith Malinga is still the leading wicket-taker with 107 scalps under his belt.

Interestingly, Malinga is also the only bowler to have taken more than 100 wickets in the shortest format of the game.

Only Afghanistan spinner Rashid Khan (95) and Shakib Al Hasan (92) are from the current lot of players who are near Southee's feat.

In the third T20I, Todd Astle and Southee ran through Bangladesh's batting line-up to help the hosts win the final T20I by 65 runs on Thursday.

Some sensational hitting from the New Zealand openers powered them to 141/4 after the game was reduced to 10-overs-per-side. Bangladesh was then restricted to 76 all out, giving the hosts a fine series sweep.

Chasing 142 for a win in the dead rubber, Bangladesh never looked comfortable as they lost two wickets in the first over, thanks to brilliant bowling from skipper Southee.

Mohammad Naim did play his shots but his stint at the crease was short.

With Naim's wicket in the fourth over, Astle ran through the Bangladesh middle-order and did not allow any batsman to get to the double-digit mark as he finished with four wickets.