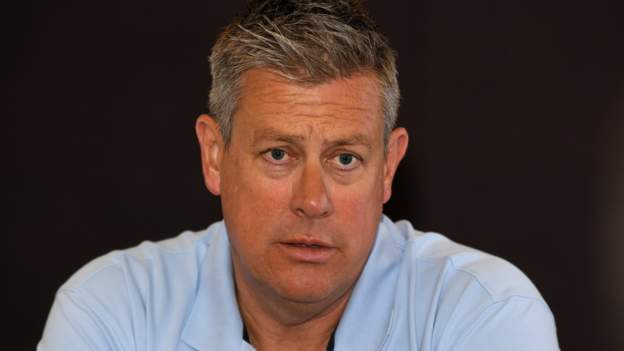 We may lose some of our best players if they are barred from IPL: Ashley Giles

The Board of Control for Cricket in India (BCCI) will be hosting the 14th edition of the Indian Premier League (IPL) from April 9 to May 30 in India across six venues namely Ahmedabad, Bengaluru, Chennai, Delhi, Mumbai, and Kolkata. As many as 13 England players will be participating in the T20 Championship, however, the players are expected to face a dilemma as they will have to choose between playing in the IPL or representing England.

The England and Wales Cricket Board (ECB) has scheduled a two-match Test series between England and New Zealand just after the conclusion of IPL 2021. The series will commence on June 2, 2021, at the Lord’s in London. Owing to the stringent quarantine rules in England, the players will have to serve a mandatory quarantine period before they are allowed to participate in the matches.

Thus, the England players whose IPL teams will qualify for the second stage of the tournament will have to give the Test series against New Zealand a miss. Speaking about the same, ECB director of cricket and former spinner Ashley Giles reckoned that the board will have to be careful in scheduling the games and will have to set the players free during the IPL.

I think our players love playing for England: Ashley Giles

The veteran fears that many big players can quit playing for England if they aren’t allowed to play in the Indian league. Further, Ashley asserted that the England cricketers have signed the contracts with their respective IPL franchises and have promised their availability for the entire season. Thus it won’t be fair if they are forced to breach the contract.

“Right now I think our players love playing for England. I don’t want that to be a kiss of death. I think we have to understand that it could be a danger in the future. We don’t particularly want to go toe-to-toe with our players over IPL participation in the long run because we may face losing some of our best players,” said Giles while speaking on the Tuffers and Vaughan show.

“That window was clear for anyone who got to the later stages of IPL to play in the whole competition. That is how their contracts were agreed upon. We don’t think it is right to renege on that agreement,” he added.