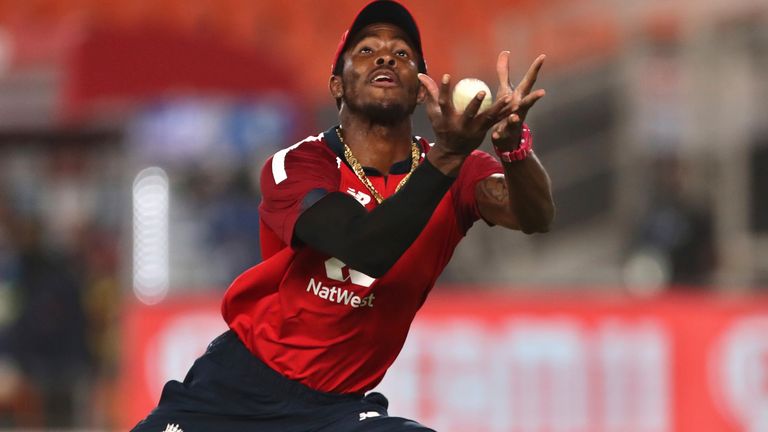 Jofra Archer is set to undergo a surgical procedure on his right hand next week, having also received another injection in his elbow after being ruled out of England's ongoing ODI series in India.

The news means Archer's participation in the upcoming IPL hangs in the balance, although it is understood that Rajasthan Royals, the franchise he represents, have decided to wait until next week before deciding their next step. The Royals were already braced to be without their star fast bowler for the first half of the tournament after he returned home early from England's tour of India.

In a statement the ECB said that Archer had suffered a cut to his hand in January, which had been managed on tour, but specialist advice had now recommended surgery.

Archer missed two of England's four Tests in India due to an elbow problem and although he subsequently played all five of the T20Is, he was sent home to rest after the injury was deemed to have "deteriorated" further.

Having returned to the UK earlier this week, Archer underwent a scan and a consultant review on his hand.

"Jofra suffered a cut to his hand while cleaning at his home in January shortly before flying to India to prepare for the Test series," the ECB statement said. "The injury was managed by the ECB's medical team through the tour and it did not impact on his availability.

"Further investigation and a specialist opinion was sought upon his return to the UK and, in conjunction with the ECB medical panel, it has been decided that surgery is the best option to manage his injury in the longer term."

Archer previously suffered a stress fracture of his right elbow in early 2020, ruling him out of the Sri Lanka tour that was subsequently called off due to Covid-19. His fitness is set to be carefully monitored by the ECB, with Archer central to the twin goals of a T20 World Cup and the Ashes in Australia later this year.