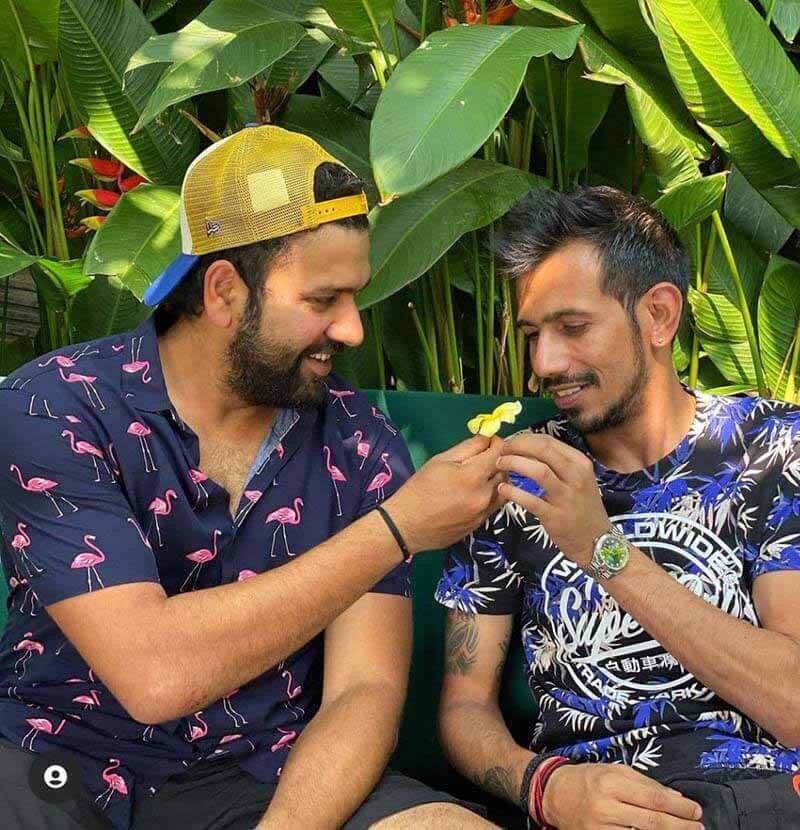 Yuvzendra Chahal and Rohit Sharma had some light moments off the field and Chahal's wife Dhanashree Verma made sure to capture them.

Rohit Sharma and Yuzvendra Chahal spent some light moments off the field and Chahal's wife Dhanashree Verma captured the two joking with one another. Chahal posted what Dhanashree clicked and captioned it as "Senorita." Rohit is seen offering Chahal a flower in the first frame and they are captured breaking into sheepish smiles in the second. Dhanashree commented on Chahal's post: "Didn't have to ask them to pose. Btw thanks for the pic credit."

Both Rohit and Chahal are part of India's squad for the ongoing ODI series against England. Chahal's post is an addition to a series of pictures posted by his teammates as Team India enjoyed some time off the cricket after winning the first ODI on Tuesday.

While Chahal didn't play the first game, Rohit scored 28 off 42 balls in India's score of 317 for 5. The right-handed opening batsman was hit on his right elbow while batting and did not take the field in the second innings.

The first ODI also saw Shreyas Iyer injuring his shoulder while fielding and it was confirmed on Wednesday that he had been ruled out of the series.

Iyer dislocated his shoulder and will also miss the whole IPL season this year.

India and England will play the second ODI of the three-match series in Pune on Friday where the hosts will look to seal the series while the visitors will aim to draw level and set up a final clash on March 28 at the same venue.

Earlier, India had won the five-match T20I series 3-2 and the four-match Test series 3-1.

Indian and English players who are playing the IPL are likely to move into the IPL bubble after this series. IPL 2021 begins on April 9.