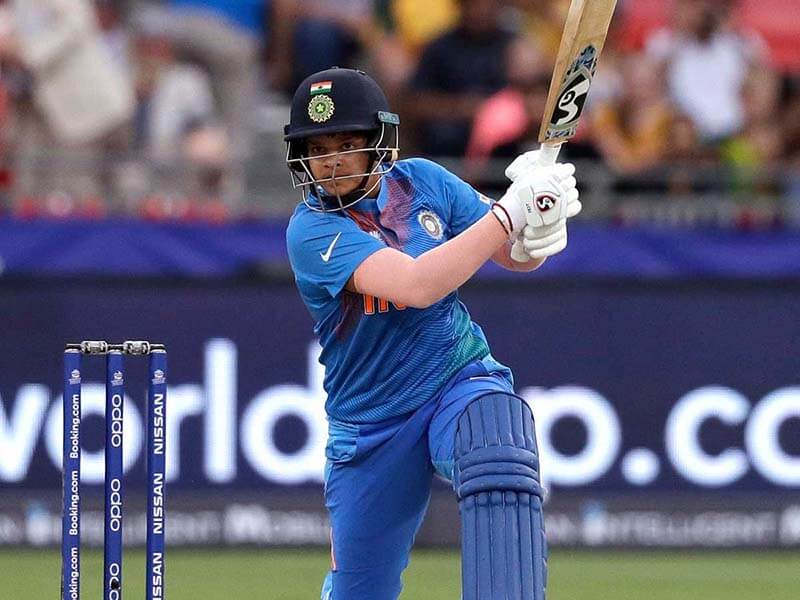 Will work on fitness to break into ODI side: Shafali Verma

India's T20I opener Shafali Verma has taken her omission from the ODI squad in her stride and vowed to work on improving her fitness in order to break into the 50-overs setup.

After reclaiming the no.1 spot in the T20I rankings on Tuesday morning, Verma hit a berserk 60 off 30 balls to guide India to a consolation win in the third and the final T20I against South Africa. Tournament's leading run-scorer by some margin, Verma also bagged the Player of the Series award for her tally of 130 runs in three outings at an astounding strike-rate above 156, even as India were handed their first-ever series defeat by the visitors in the format.

It wasn't an aberration for the aggressive India opener who took the world by a storm since her T20I debut against the same opposition at Surat in 2019. She continued her dream run at the international stage when, at 15, she was named in India's squad for the 2020 T20 World Cup in Australia. Verma repaid the faith by emerging as the country's top-scorer in the tournament and fifth over with with 163 runs in five innings at a strike rate a shade over 158.

More importantly, her inclusion in the playing XI has given India the much-needed aggressive intent in the powerplays which allowed them to now attack from both ends rather than being dependent on vice-captain Smriti Mandhana for quick starts.

However, despite an ODI World Cup looming in less than 12-months time, the Haryana batter found herself overlooked for the five-match ODI series against South Africa - India's first international assignment in 364 days since their T20 World Cup runners-up medal last March - alongside cross-formats regulars Shikha Pandey and Taniya Bhatia who were being, inexplicably "rested".

While one school of thought is that she, all of 17, is being preserved for the T20Is rather than being burdened with both formats, Verma herself believes her omission was an indication that she needed to do more to stake a claim in the ODI squad that already sees a third opener, Punam Raut, batting at No. 3. After all, she had admitted that she worked hard to prepare herself for both white-ball formats in the COVID-19 enforced year-long break.

"When I wasn't picked for the one-dayers, I felt somewhere I might be lacking something. But I did not go ask the captain or the coach, because I knew deep down that if my name was not there, it is probably because I only lack something," Verma told an online press conference after India's nine-wicket win when asked if she's consulted with the leadership group or the head coach to identify any potential shortcomings.

"So, I think, I need to work more on my fitness, and [getting picked for] one-days would be my goal - whenever I get that chance. Not getting named in the one-day squad is a motivation for me, really, to play even better and break into the ODI side. That's all was on my mind. I wasn't overly disappointed but I saw it as a huge motivating factor. I motivated myself to work even harder and play ever better so that I can make it to the one-day side," she added.

Given how India struggled for a decent opening stand right through their 4-1 defeat in the ODI series, also in Lucknow, Verma could well walk in as a tailor-made solution to the team's woes, and even tend to their need for accelerated starts in the powerplay. But the teenager said she'd be willing to accept any role should the opportunity to represent India in ODIs present itself.

"Actually, If I get a chance to play in the one-dayers, at whichever [spot in the batting] order, I'd like to play as long an innings as possible and score well for India," Verma concluded