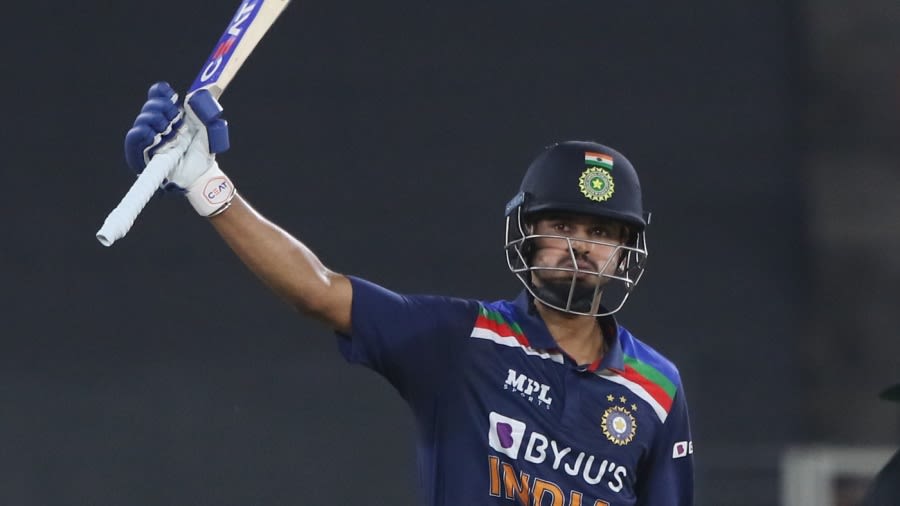 Shreyas Iyer has joined Lancashire for this summer's Royal London Cup campaign and will link up with the club on July 15 for the duration of the competition's month-long group stage.

To date Iyer, 26, has played 50 times for India in white-ball cricket, including the recent T20I series against England, in which he made 121 runs at 40.33 in the five matches, with a top score of 67 from 48 balls in the opening game.

Iyer's signing is a coup for Lancashire, given that Indian cricketers have not been granted permission to play in the inaugural season of the Hundred, the ECB's new competition which runs concurrently with the RL Cup.

His status within the current game in India is unquestionable, however. Last season, he led Delhi Capitals to the final of the IPL, making 519 runs - the fourth-highest in the tournament - at a strike-rate of 123.

"Lancashire is a legendary name in English Cricket with a long-standing association with Indian Cricket," Iyer said. "I am extremely humbled and honoured to carry the legacy forward of greats like Farokh Engineer, Sourav Ganguly and VVS Laxman at Lancashire.

"Emirates Old Trafford is a world class international stadium and I am looking forward to meeting my teammates and the supporters of the Club."

Lancashire's Director of Cricket, Paul Allott, added: "Shreyas is one of the shining lights of a new generation of Indian batsman and a leader, and we're delighted that an opportunity to bring him to Emirates Old Trafford has presented itself."

Lancashire's squad for the RL Cup will be missing a significant number of first-team players due to the Hundred - most notably where Iyer is concerned, Liam Livingstone, who was a £125,000 first-round pick for Birmingham Phoenix at the original draft in October 2019.

"With the expectation that we will be fielding a younger side in this year's Royal London Cup due to the Hundred, it was important that we brought in a top-order batsman with experience at the highest level to enhance our prospects in the tournament," Allott added.

"Shreyas has experience of captaining in an IPL final as well as playing in top level international fixtures, so his on-field skills, and ability to remain calm in high pressure situations, will serve our young squad well this summer.

"His current form against England has been hugely impressive and we're looking forward to welcoming him to Lancashire Cricket and Emirates Old Trafford later this summer.

"We hope that this signing will reward Members' patience for not being able to attend Lancashire fixtures last year and demonstrates our continued commitment across all three domestic competitions this summer."