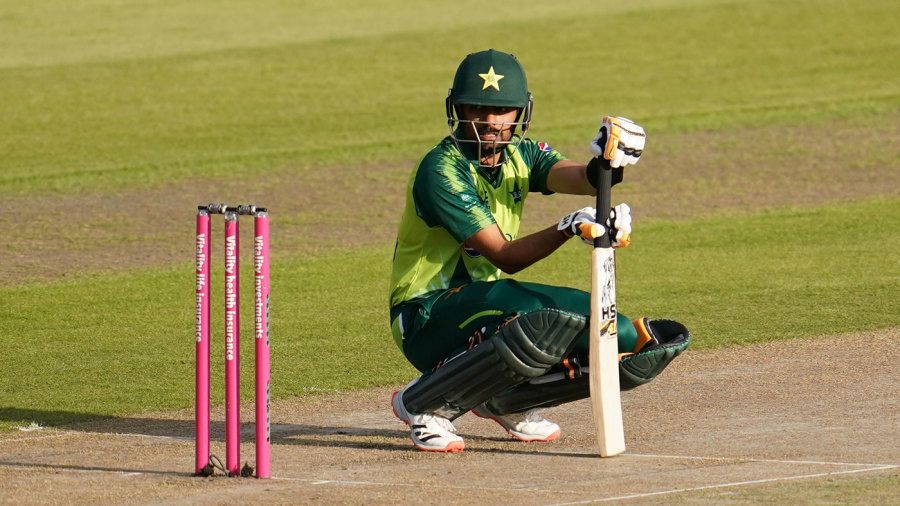 Azam was summoned to appear before the FIA but didn't, family understood to argue they did not receive the summons

A Lahore court has directed the Federal Investigation Agency (FIA) to file a case against Babar Azam, the Pakistan captain, on charges of blackmail and harassment.

The charges include two others alongside Azam and have been filed by Hamiza Mukhtar; they stem from allegations Mukhtar filed last year. Ahead of Pakistan's tour to New Zealand, Mukhtar held a press conference in which she had made allegations of harassment and exploitation against Azam. She had approached a court at the time, which directed the police to investigate the case.

That case was never registered, however, as Azam's legal team secured a stay order from the Lahore High Court - both the original direction and Thursday's have been made by the lower sessions court. The High Court proceedings were adjourned after an initial hearing until March 22 as Azam was leading Pakistan in the series against South Africa and subsequently in the PSL, both requiring him to be inside a biosecure bubble.

Since then, however, Mukhtar filed a complaint with the FIA - Pakistan's federal investigating body - alleging that she had received threatening phone calls and messages from unidentified people. On investigation, the FIA found one of the numbers to be registered to Azam - who they refer to as Muhammad Babar. Azam was summoned to appear before the agency but didn't. In his place his brother Faisal Azam appeared, asking for more time.

In their original report, once Azam didn't appear, the FIA report concluded, "This shows guilty form [sic] his part." Judge Hamid Hussain on Thursday directed the FIA "to proceed further with respect to registration of the FIR against the culprits within the stipulated time following legal formalities".

Azam's family, however, are understood to argue they did not receive the FIA summons. ESPNcricinfo understands they will once again approach the Lahore High Court.

"The Honourable High Court in a connected case has already restrained the police from registering the FIR," Azam's legal counsel Barrister Haris Azmat said. "The instant order has been passed without issuing a notice to Babar in violation of his fundamental rights of fair trial as guaranteed in the constitution. The order is prima facie against the law and will be assailed soon."

The PCB has not commented on the matter.