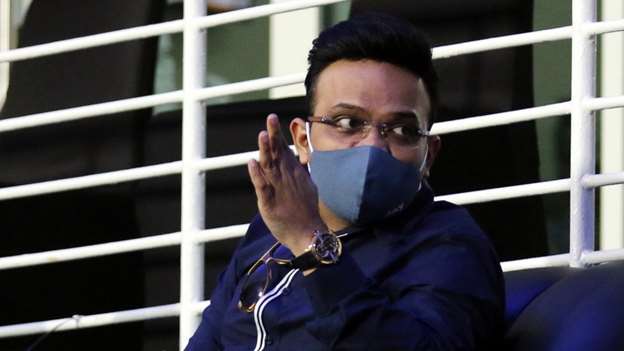 "We will continue exploring a window for organising the age-group tournaments post the IPL 2021," secretary Jay Shah said

"Our players' health, safety and well-being are our primary concern" BCCI

A fresh surge in the number of Covid-19 cases around the country has led to the BCCI suspending the proposed 50-over inter-state Vinoo Mankad Trophy for Under-19 men at least till the end of IPL 2021, which is scheduled to get over on May 30.

"While our endeavour was to get in as many matches as was practicable across different age groups in the season, prevailing circumstances have now forced us to suspend all age-group tournaments," Jay Shah, the BCCI secretary, said in an email sent to the various state associations on Tuesday. "This is on account of the fact that active COVID cases are on the rise and organising tournaments requires intercity travel, strict quarantine measures and the creation and maintenance of bio-secure bubbles for the participants. Moreover, the situation is presently not conducive in some states."

On January 30 this year, the BCCI had announced its plans of hosting the domestic 50-over competitions for men, women and Under-19 men despite the Covid-19 situation. The men's national T20 tournament, the Syed Mushtaq Ali Trophy, was nearing completion at the time.

That meant no Ranji Trophy for the first time since its inception in 1934-35, and, along with a number of other cancelled tournaments, no Cooch Behar Trophy for the Under-19 men or any of the boys' Under-16 or Under-23 competitions. Similarly, there would be no age-group tournaments for women cricketers either.

"Our players' health, safety and well-being are our primary concern. I assure you that we will continue exploring a window for organising the age-group tournaments post the IPL 2021"

"Considering the fact that the 10th and 12th Board Examinations are also around the corner across India, it is prudent that our young athletes have the opportunity to prepare and focus on these crucial examinations. Furthermore, our players' health, safety and well-being are our primary concern," Shah wrote. "I assure you that we will continue exploring a window for organising the age-group tournaments post the IPL 2021."

The BCCI had earlier asked the state associations to give their suggestions on the domestic calendar, which has had to be curtailed in a major way because of the pandemic and could only start in January this year.

The 2020 edition of the IPL was held in the UAE, with the four-match Women's T20 Challenge held alongside the playoffs of the men's event, and the Syed Mushtaq Ali Trophy was played across seven centres in India in January. That was followed by the all-format series between India and England - currently in progress - and the men's 50-over Vijay Hazare Trophy, which ended on March 14. The women's 50-over competition is currently on (final on April 4) and the 2021 edition of the IPL is slated to take place in India - only in Chennai, Mumbai, Ahmedabad, Delhi, Bengaluru and Kolkata - between April 9 and May 30.