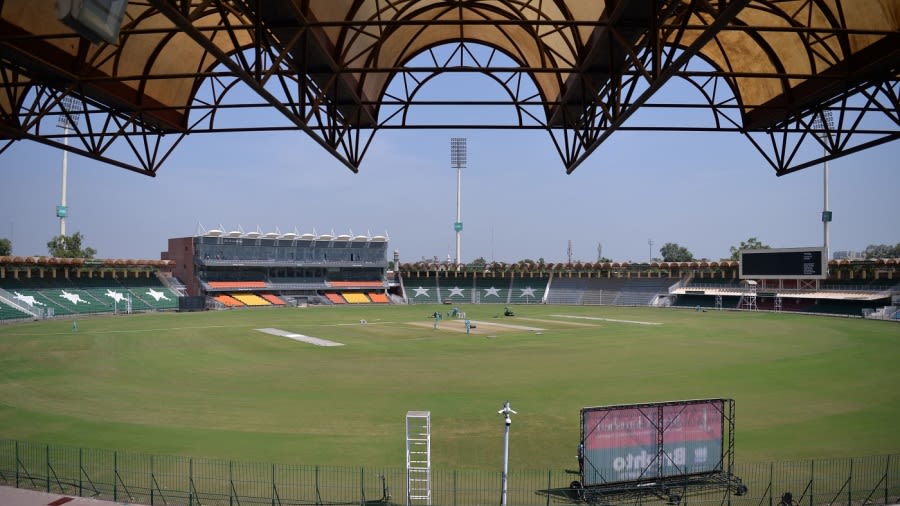 Member of Pakistan's touring party to Africa tests positive for Covid-19, to isolate at home

One of the players selected in Pakistan's large travelling party to Africa for the games in South Africa and Zimbabwe has tested positive for Covid-19 and has not traveled to Lahore, where the rest of the players and support staffers will assemble on March 18. The cricketer in question is expected to isolate at his residence.

The PCB had ensured that all players entering Lahore from other parts of the city carry negative test reports after the first round of testing on March 16. The second round of tests would be conducted on Thursday at the team hotel. Players, and others, who return negative results can start training at the Gaddafi Stadium after that.

The player who has tested positive is also scheduled to have another test tomorrow at his residence. According to the PCB, he would be allowed to enter the team hotel only if he tests negative, but he has to complete an additional two-day isolation before taking another test, after which - if all is clear - he would be eligible to join the squad.

The camp formally starts on March 19, with the larger pool of players expected to have a nets session, followed by two intra-squad 50-over matches on March 22 and 24.

The white-ball squad will leave for Johannesburg on a charter plane on March 26. The Rest of the players, who will only play the Tests in Zimbabwe, will join the squad later after flying across on a commercial flight to South Africa before boarding a charter flight to Zimbabwe.

This will be Pakistan's first assignment after the PSL was postponed abruptly following seven positive Covid-19 cases.