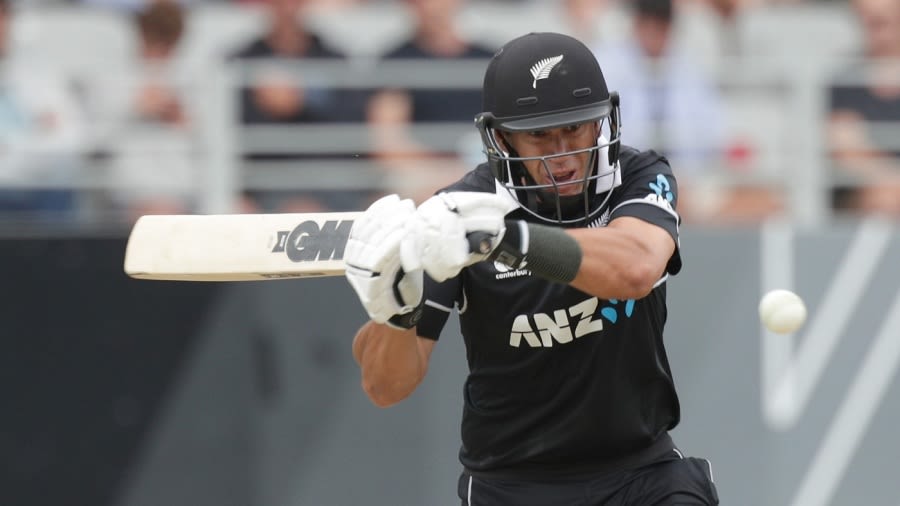 Ross Taylor ruled out of first ODI against Bangladesh; Mark Chapman called up as cover

Ross Taylor will miss the opening ODI against Bangladesh due to a hamstring injury which opens the door for New Zealand to field two debutants in their batting line-up in Dunedin.

Taylor, who is New Zealand's leading run-scorer in ODIs, will remain with the squad and it is hoped he will recover to play the final two matches.

Mark Chapman has been called into the squad as cover for Taylor although his absence will most likely mean first caps for Devon Conway and Will Young. Conway was already favoured to make the XI in the absence of Kane Williamson and Young would now appear set to replace Taylor.

The opening game of the series will be the first ODI since 2014 where New Zealand have had neither Williamson nor Taylor in the XI.

"It's a shame for Ross to have this happen on the eve of a series," New Zealand coach Gary Stead said. "It's a small tear and we're hopeful after some rest and rehabilitation we can get him fit for the second game in Christchurch.

"It's an exciting time for Mark who's come in and performed well recently for the T20 side, so we have full confidence he can do the job if called upon."

Chapman has played six ODIs having debuted for Hong Kong, but in his four matches for New Zealand has yet to reach double figures. He played an important role with the ball in the recent T20I decider against Australia in Wellington when he sent down two overs of left-arm spin and claimed the key wicket of Glenn Maxwell. Having overcome a shoulder problem, Chapman is hopeful of increasing his bowling load to grow his all-round value.

"Last year I had to pull back on the bowling front. Every time I bowled more than five or 10 overs I got pretty sore but this year it's come right and I'm able to get some real volume," he told reporters at Auckland airport. "That's been a good thing for me and a string to my bow I'm looking to add."

"First and foremost my batting is important, I need to be batting well, but with that added quality of being able to bowl and bat in the top order, with World Cups coming up in the subcontinent I think it's something that will work in my favour."

New Zealand have not played ODI cricket for more than a year - since their curtailed tour of Australia when the pandemic first struck - and have only played four matches since the 2019 World Cup final.