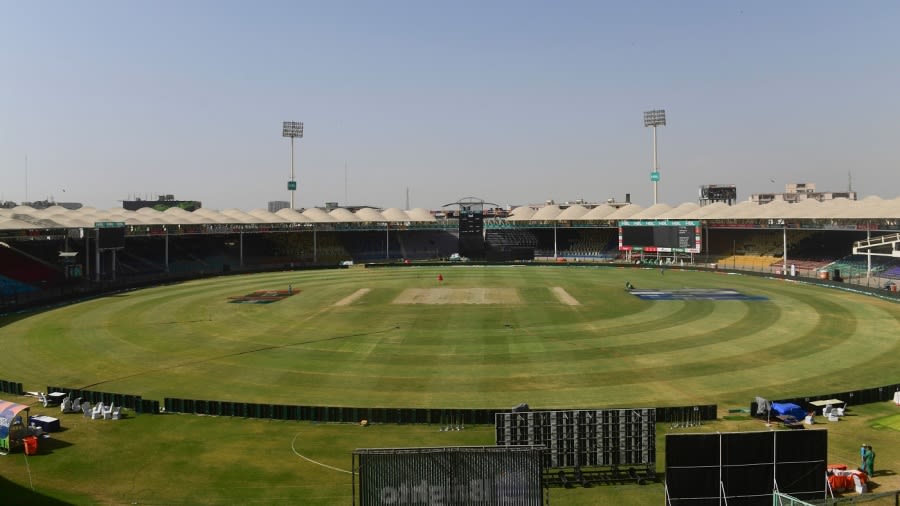 The PCB has declared the abrupt postponement of this year's Pakistan Super League as force majeure, to ensure that the board won't be held liable for the losses incurred after the sixth season of the tournament had to be curtailed after just 12 days.

In a bid to find a way forward, Ehsan Mani, the PCB chairman, met with representatives of the PSL franchises via virtual conference on Monday, three days after the tournament had been plunged into financial crisis.

The PCB has come under scrutiny for its failure to protect the tournament's bio-secure environment, with the board's chief medical officer, Dr Sohail Saleem, offering his resignation after a series of lapses, including the revelation that one non-playing franchise member left the bubble despite testing positive.

Many such complaints are understood to have been aired at the meeting. However, Mani accepted that mistakes had been made, and sought instead to focus on the identification of a suitable window for the tournament's resumption.

Karachi had been originally been suggested as a potential venue, but five out of the six franchises are understood to have favoured Lahore, with the PCB weighing up three slots this year - one prior to the IPL later this month, the second in June and the third in September. A final decision has been deferred, with Mani hoping to clarify arrangements in three days' time.

ESPNcricinfo understands that the franchises had written a letter on December 25 last year, asking the PCB to consider reverting to the UAE as the tournament's host country, given the concerns about Covid-19's prevalence in Pakistan.

However, the PCB played down the risks, insisting that it was fully ready, with back-up plans also in place. Having hosted the entire tournament in recent seasons, after it had been launched in the UAE in 2016, there was never any intention to go back off-shore, with a firm commitment to keeping all professional cricket in Pakistan.

In mitigation, the PCB had successfully hosted international teams for the past two years after decades of security concerns, with Zimbabwe and South Africa both touring in the midst of the pandemic, while 220 domestic fixtures had also taken place without incident.

The PCB is on the verge of concluding a three-year commercial contract for the PSL, with HBL set to assume title sponsorship, and a consortium of Blitz Advertising and Techfront taking on the broadcasting rights - TV and digital streaming combined - in a deal that is said to be worth approximately US$36 million.

Last year, the PSL's fifth season also had to be postponed with severe financial implications, with the board and Blitz locking horns in a legal battle over the money due for the season.

The PCB went on to cash in an insurance guarantee from the broadcaster (held as security for the deal) of PKR 1 billion, to which Blitz responded with a stay order in the civil courts in Lahore. However, the two parties eventually reached an agreement after the PCB managed to host the final stages of the tournament in Karachi in November.

If this year's event cannot be completed, the PCB stands to lose over US$15 million in commercial contracts. The players have already received 70 percent of their payments in advance, a practice which has been in place for the past two seasons, with the PCB acting as guarantor before deducting the final sum from franchise revenues.