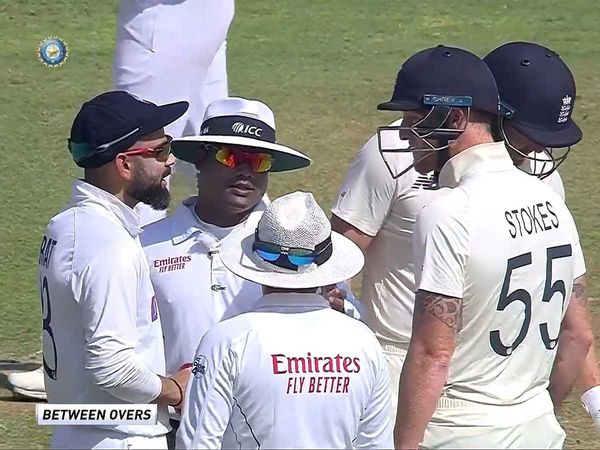 India captain Virat Kohli came to Mohammed Siraj's rescue and exchanged words with Ben Stokes after the England all-rounder said something to the pacer. 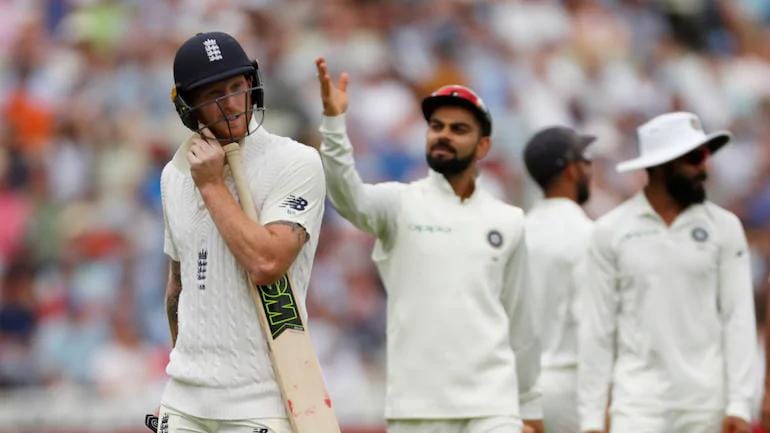 Three early wickets fell in the morning session of Day 1 of the 4th and final Test in Ahmedabad. England lost their openers cheaply before their captain Joe Root was also trapped in front of the stumps by Mohammed Siraj.

England were under the pup straight away and the pressure gave birth to reactions and then exchange of words from Mohammed Siraj and Ben Stokes before Virat Kohli joined.

Root had just departed when Siraj bowled a fiery bouncer. That did not go well with Stokes, who said something to young pacer. Virat Kohli got behind his pacer as he usually has done throughout his career and had a brief exchange of words before on-field umpire intervened and separated the two players.

Jonny Bairstow had a smile on his face when Kohli and Stokes got into the act but the look on the faces of the duo told a different story.

"May be it's not quite so friendly, umpire has stepped in, I want a clean fire lads, nothing below the belt," the on-air commentator was heard saying.

Virat - Ben Stokes ?
Ben - Yeah ,Virat What you saying ?
Virat - Nothing,you won't get it
Ben - Ohh I got it ? #INDvsENG#ViratKohli#benstokespic.twitter.com/7BCZhHicEt

The banter between Siraj and Stokes continued when the Hyderabad-born came in to bowl his next over. Stokes hit 3 boundaries in the over.

Earlier, England won the toss and elected to bat first. India made one change as Siraj replaced rested player Jasprit Bumrah in the playing XI.