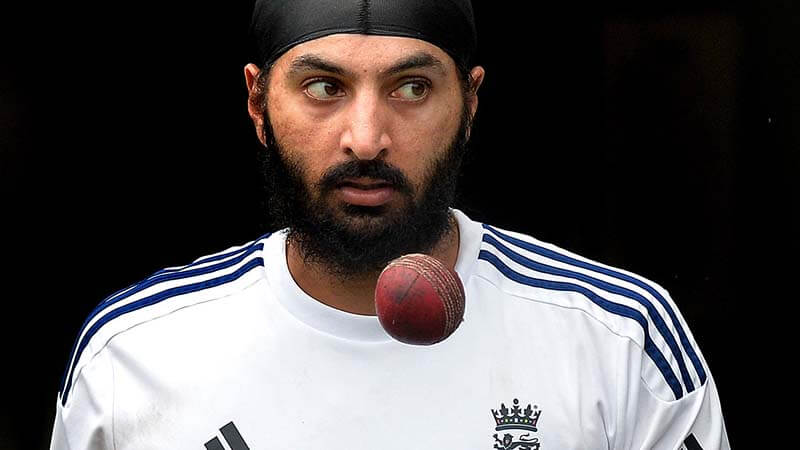 Former England spinner Monty Panesar on Sunday said that the Narendra Modi Stadium in Ahmedabad did not deserve the Test match as it ended inside two days and added that the International Cricket Council should dock India's points if the pitch is similar in the fourth Test. India had managed to defeat England by ten wickets within two days in the pink-ball Test. The match saw both India and England batsmen failing to shine and getting out to balls that didn't turn and skidded through from the spinners. But critics have looked to blame the pitch for the failure of the batsmen. India batsman Rohit Sharma clarified that he did not think the pitch had any demons. Even skipper Virat Kohli was vocal about the dreadful batting display from the two teams.

In an interaction with ANI, Panesar gave his take on the pitch used in the third Test between India and England and he also opined that ICC should dock points from India if a similar kind of track is produced in the fourth Test which will be played on the same ground.

"It was like playing club cricket on a Saturday in England. When we play club cricket, we will bowl a team out for under 100, and then it's difficult to chase because it's a turning pitch. I think being the biggest stadium in the world, Narendra Modi Stadium deserves longer Test matches because people want to see how good the wicket is, you look at the stadium, beautiful views, and what an amazing stadium India has produced. It does not deserve a two-day Test match that's under 900 balls, you might just play on a park, if you are going to play this type of cricket," Panesar told ANI.

When asked whether ICC should take note of the kind of wicket produced in the third Test, Panesar said: "I think if the next Test match is the same, then yes, the ICC should dock points. Everyone is delighted that cricket has now got the biggest stadium in the world now. At least the curator should have produced a good wicket, even if it's a turning wicket, everyone was complaining about Chennai, this was even worse."

"If you are going to produce a turning wicket, at least the match should go for 3-3.5 days. India will probably produce a turning pitch, at least it should last for three days. The Indian people are saying England batsmen cannot play spin very well, if you take that into account, Alistair Cook and Kevin Pietersen have scored runs here, Cook has got a record as good as Matthew Hayden in India. Pietersen did score quickly, do England have that? No, they do not," he added.

Further elaborating on his point, Panesar said: "I think ICC will pass on this one, because it was played with a pink ball. To be honest with you, I can believe what the players from both teams are saying. If you bowl it slowly, the pink ball goes quicker of the surface. Let's see how the red ball reacts, let's see if India wins again within 3-3.5 days, India's argument is going to be we can produce spinning tracks but are England batsmen skill levels up to the levels it needs to be?

Panesar also eluded to the fact that England has a heavy reliance on skipper Joe Root and the hosts know that if they dismiss Root, then the England side would easily crumble.

"There is a huge reliance on Joe Root, why did England win in Sri Lanka because Root scored a double century, even in the Chennai Test, he scored a double hundred. If you look at England, if Root does not score a 50 or 100, then England crumbles. That is probably one of the issues and India knows that, they know if they get Root out, then England will crumble. But my question is if this Indian team is as good as it can be, then they should rub salt on England's wounds and say we are going to produce a flat wicket, and we are still going to beat you on a flat pitch because that is how good we are," said Panesar.

"At the end of the day, fans are the biggest holders in cricket, in India, as long as their team wins, they do not care, it can finish in 5 days or 2 days. I think Indian fans love seeing India win. India is playing in India so I think they are providing entertainment to their fans. It does not matter what the pitch is. India is the dominant force in world cricket, if India is producing such pitches, so some people are saying that India is the most powerful they also have the duty to look after the integrity of the world game," the former England spinner added.

If India manages to win or draw the final Test against England, then the side would qualify for the finals of the World Test Championship (WTC) and the side would take on New Zealand in the summit clash. England is now out of the WTC final contention after losing the third Test against India.