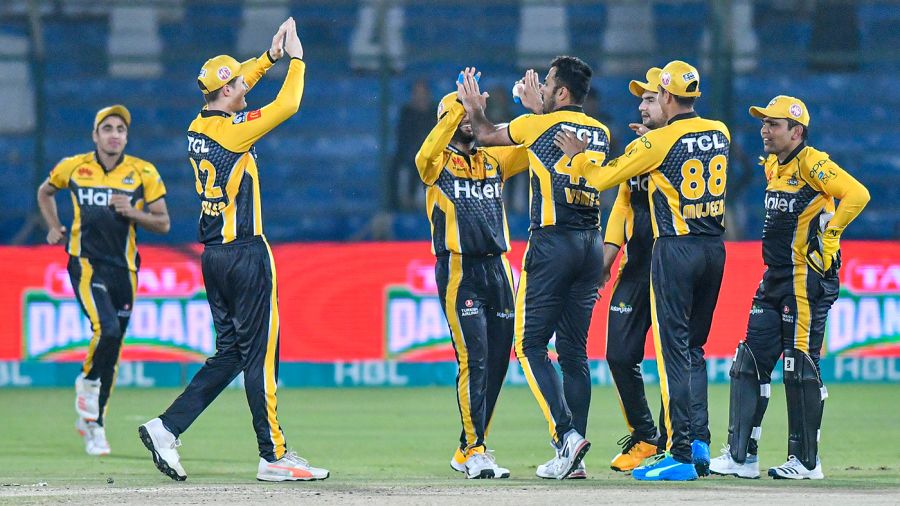 In the Pakistan Super League, T20 cricket is a simple game: 22 men hit a ball around for three hours, and in the end, the chasing team wins.

On Saturday night in Karachi, the formula of winning the toss, choosing to bowl and winning the match worked for the tenth time out of ten this season, as Peshawar Zalmi won their third game in a row by bowling Islamabad United out for 118 and chasing the target down with 17 balls to spare.

United's deep batting line-up had worked perfectly in their first two games, as they successfully chased targets of 151 and 197, but they struggled against Zalmi's quicks Wahab Riaz and Saqib Mahmood and only briefly threatened to post a worthwhile total on a decent batting pitch. They raced to 38 for 1 after 4.2 overs thanks to a bright start from Alex Hales, and recovered from three quick wickets to reach 81 for 4 after 10, but they lost wickets too regularly and were bowled out at the start of the 18th over.

Zalmi started horribly in their run chase, losing both openers inside the first two overs and struggling to score against the new ball, but Tom Kohler-Cadmore and Shoaib Malik steadied them before Haider Ali's cameo - including an 89-metre straight six off his first ball - put the game to bed.

Star of the day

Riaz had returned figures of 2 for 105 across his eight overs in Zalmi's previous two games, with head coach Daren Sammy suggesting that he had been struggling with the burden of the captaincy. But things clicked for him on Saturday night, as he struck the first blow before returning to clean up the lower-middle order.

With Lewis Gregory managing an injury, Paul Stirling was brought in for his first game in the PSL less than 24 hours after being named as Ireland's men's player of the decade 2011-2020. But his stay lasted only two balls, as he was foxed by extra bounce from a length and chopped Riaz onto his own stumps.

He returned when Iftikhar Ahmed and Asif Ali were looking to take the innings deep, and removed both in the space of six balls: Iftikhar holed out to deep midwicket, and Asif picked out long-on. His final wicket came in the 17th over, as he pinned the dangerous Hasan Ali lbw. Riaz's method was fairly uncomplicated, hitting the pitch hard on a good length outside off stump, but the simplicity brought him his rewards. 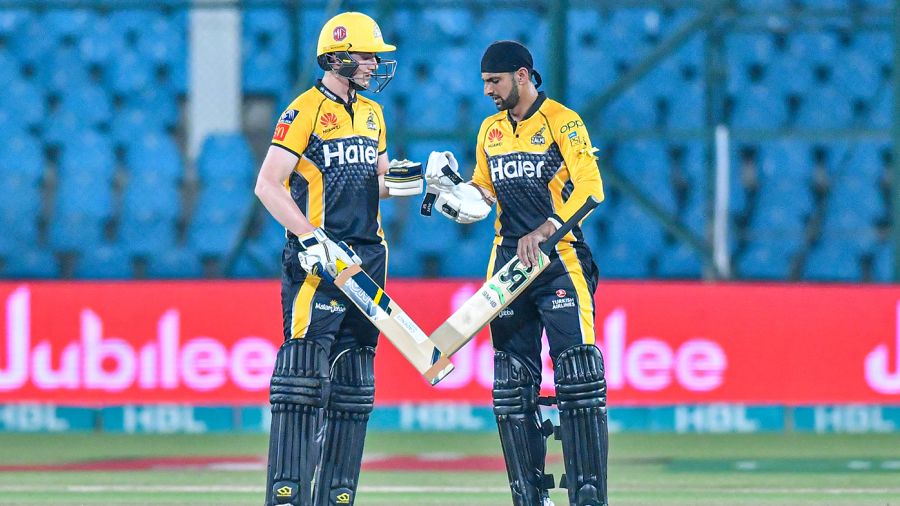 Miss of the day

Did Shadab Khan err by holding back some of his bowling resources until too late? If United had a chance of winning after posting such a low total, it relied on their two best seamers taking wickets with the new ball, and Zalmi were 19 for 2 after five overs with Ali and Mohammad Wasim finding extra bounce from a length and both bowling at good pace.

But instead of going for the kill, Khan held both men back, instead turning to Faheem Ashraf, Fawad Ahmed and himself. Malik and Kohler-Cadmore both looked comfortable against the legspinners, knocking the ball around with minimal pressure on the scoring rate. When Fawad struck in the 13th over to have Kohler-Cadmore edging behind, Zalmi required only 50 off 44 balls at the time of his dismissal; by the time Wasim began his third over, they needed 23 off 30.

Hasan removed the dangerous Haider in his final over, the 17th, and let out a trademark roar of celebration, but Khan had let the game drift and ensured that it was effectively over by the time his strike bowler had returned.

Zalmi's English contingent, Mahmood and Kohler-Cadmore, continued their fine early form in the competition. Mahmood looks to have added half a yard of pace, regularly passing 87mph/140kph, and has been able to extract movement with both the new and old ball. He bamboozled Phil Salt with a slower ball, had Hales caught off a full toss and cleaned up Wasim to finish with remarkable figures of 3 for 12 and became the season's leading wicket-taker in the process.

Kohler-Cadmore's run-a-ball 46 was unflashy, particularly when compared to his 53 off 32 on debut against Multan Sultans, but having come in at No. 3 inside the first over with Ali breathing fire, it was a crucial knock. He soaked up the pressure early on, crawling to 5 off 16 balls as he dug in against the new ball, but accelerated well and ensured the required rate never went above seven, slog-sweeping well against the leggies.