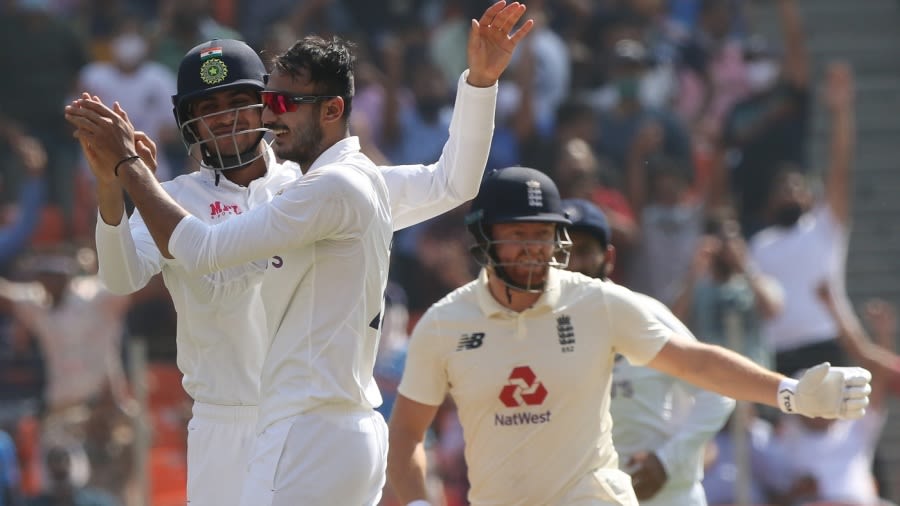 England are considering making a formal complaint to the ICC following their two-day defeat in this week's third Test in Ahmedabad - an experience that Chris Silverwood, England's head coach, says he hopes will galvanise his young batsmen to fully cash in when the going is good in the future.

England were routed by ten wickets in the day-night Test at the newly opened Narendra Modi Stadium in Motera, after collapsing to scores of 112 and 81 in their two innings - making for an aggregate of 193 that is their lowest in India, and their second-lowest anywhere in the world since 1904.

India's own batting scarcely fared any better in their first innings, as Joe Root returned the extraordinary figures of 5 for 8 with his part-time offbreaks. And while the skiddiness of the pink ball was cited as one factor, with 20 of the 30 wickets falling either lbw or bowled in the course of the contest, the lavish turn that all the spinners extracted in between whiles made survival extremely tricky for even the best on show.

"We will be talking about certain things behind the scenes," Silverwood said. "At the same time, we are disappointed that we are sat here when there should be three days of cricket left. I am sure a few spectators are as well. We've spoken to [match referee] Javagal Srinath but not about the pitch. Joe and I have to have a sit-down, have a conversation and see where we go with it."

Opinion has been sharply divided about the merits of the Motera pitch. Virat Kohli, India's captain, blamed "below-par batting on both sides", while his counterpart Root said the stadium's 40,000 fans had been "robbed" of the chance to witness a proper battle between bat and ball. "People had to watch me get wickets on there which shouldn't be the case," he said.