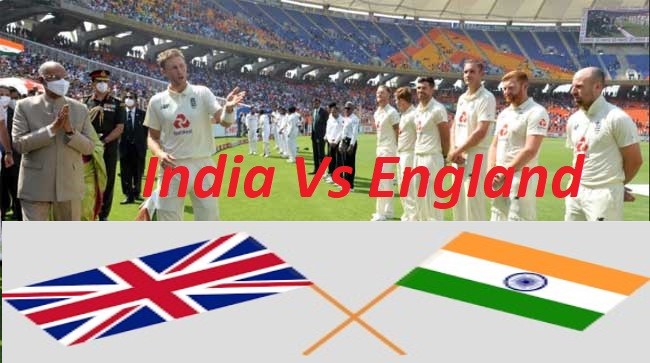 India v England: 'A two-day Test - this is not how Test cricket should be' 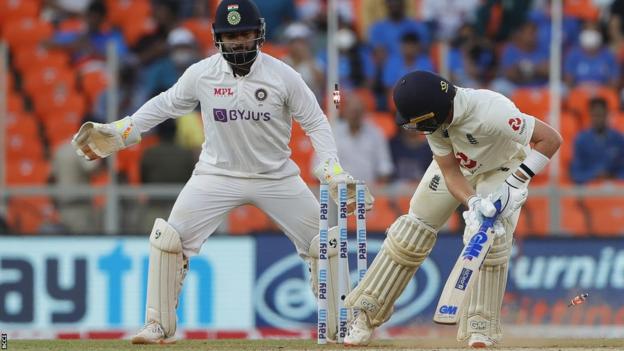 England were beaten by 10 wickets - in little more than five sessions - on day two of the third Test against India in Ahmedabad. This is not how Test cricket should be.

I criticised the pitch in Chennai for the second Test and I am going to bang the same drum again.

Not every Test must reach the last hour of the fifth day, but it is scheduled to be a five-day match and therefore you are supposed to prepare conditions in which that is possible.

As I said last week, there is now an opportunity for people in England to watch Test cricket on free-to-air television and I, like many others, need to stick up for the game.

As I said last week, there is now an opportunity for people in England to watch Test cricket on free-to-air television and I, like many others, need to stick up for the game.

I must admit that this pitch was not quite as bad as the Chennai one, where there were great lumps coming out almost from the start.

It is not in Test cricket's interest to have games end so quickly and played in a way where survival and scoring runs are extremely difficult.

I also mentioned last week that the International Cricket Council (ICC) should act and take points off teams in the World Test Championship if pitches are prepared that are not going to last.

But the ICC seems to be sitting on its hands and not doing anything.

Of the 30 dismissals in the match, 19 batsmen fell in single figures and only two wickets went to seamers.

Is Joe Root, a part-time off-spinner who averaged 47 with the ball before this match, really a bowler who should be taking 5-8?

The England captain's figures made it pretty clear that, with the class of India spinners Ravichandran Ashwin and Axar Patel, life was not going to be easy for the England batsmen in their second innings.

England brought the scars from Chennai 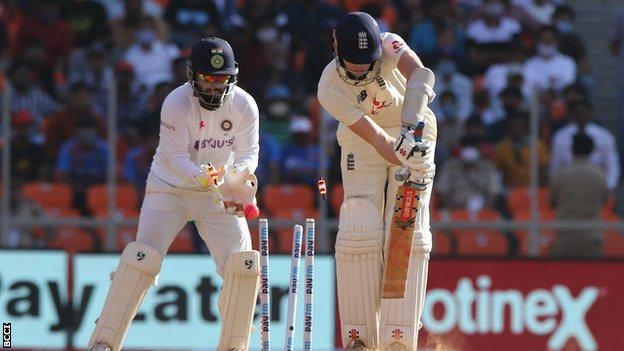 England showed a lot of spirit to get back into the game by bowling India out for 145 and limiting the first-innings deficit to 33, but it was also clear to see the tourists had brought with them the scars from the second Test.

On a number of fronts, it was clear they had not recovered from the experience of a 317-run hammering last week - and that contributed to their demise.

England's batsmen kept getting bowled by the straighter ball off the India spinners, with left-armer Axar finishing with match figures of 11-70 and off-spinner Ashwin 7-72.

Some balls were turning but, especially in the first innings of a Test, you have to assume the ball is not going to spin that sharply and you play for a non-turning ball.

England, for the second consecutive game, also showed their frustrations with some of the third umpire's decisions.

There were two instances on day one: a slip catch by Ben Stokes which was deemed to have been grounded and a Rohit Sharma stumping appeal in which the TV umpire did not seem to check all the available angles.

It is a terrible look to see cricketers crowding around an umpire, having a go at him - and I was also critical of India captain Virat Kohli for doing that in the second Test.

A lot was made of England's team selection. They put all their hopes on the pink ball and that it would swing around under the floodlights, so went in with a strong seam attack.

I do not blame them for picking the side they did, with only one frontline spinner in Jack Leach. In England's strongest XI you would have pace bowlers James Anderson, Stuart Broad and Jofra Archer.

In the planning of this Test they would have just assumed it would swing a lot more and not spin as much.

Leach had a good game - he has become more consistent on this tour, is getting into a rhythm and deserved his 4-48 in India's first innings.

But the lack of depth in batting was also a big issue, especially when you have Archer coming in at number eight. Once you are six down, you are pretty much all out.

The final Test at the same venue starts on Thursday, and England, trailing 2-1 in the series, have a lot of thinking to do.

Do they bring off-spinner Dom Bess back after he was dropped - some would say unfairly - following the first Test? He is a strong character, he has a bit about him and he can bat.

They have to get his mind right to get back out there and for him to believe the captain has some faith in him as a bowler.

More than anything, England must clear their minds of negativity, somehow press a reset button and look to level the series.