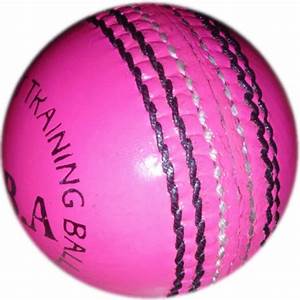 For the home side, defeat in either this Test or the next one will mean missing out on the WTC final spot 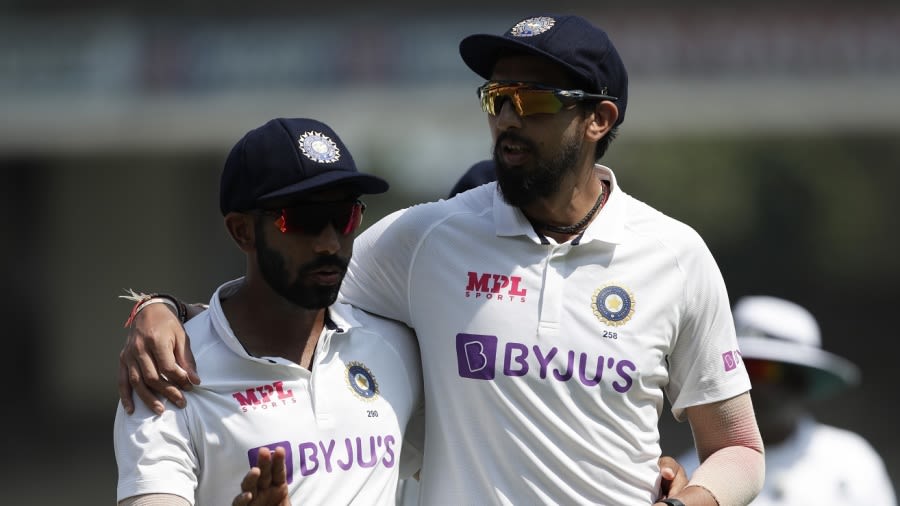 Before the start of the series, England's best chance of winning a Test in India was the day-night Test in Ahmedabad. The fact that England go there with the series level at 1-1 has changed the dynamics in quite a big way.

England know this could be the series-defining Test and their opportunity to do what India did in Australia. On the other hand, India's chances of earning a World Test Championship final spot are just a little bit in jeopardy. If they lose this Test (or the next), they will be out of the race.

India, though, are expected to stick to their blueprint at home, which is to score big in the first innings and back the bowlers to take 20 wickets. While it may not look like their batsmen have dominated so far, each of India's top six has got at least one 50-plus score in the series. What India would want them to do is to convert those starts into big, match-winning knocks as Rohit Sharma did in the second Test.

Another thing in India's favour is that they will field their strongest bowling attack of the series so far. After a break of one Test, Jasprit Bumrah is back in the squad and will lead the pace attack alongside Ishant Sharma, with R Ashwin and Axar Patel manning the spin department. Then they have the option of playing one of Kuldeep Yadav, Umesh Yadav and Mohammed Siraj as the fifth bowler, or, possibly, even Hardik Pandya.

For England, Jonny Bairstow's availability will somewhat reduce the burden on Joe Root, while a returning James Anderson will buoy them further. Anderson was rested for the second Test, which became a talking point given the six-day gap between the second and the third Tests. England, however, stuck to their rotation policy and now have a fresh Anderson at their disposal.

While the jury is out on where Anderson ranks among the best fast bowlers to tour India, there is little doubt about his mastery with Dukes balls. And three days out from the Test, Anderson did say the SG pink ball "feels very similar to the Dukes in the hand". It was Anderson's spell on the fifth day that punctured India's hopes of drawing the first Test and England will be hoping for a similar performance from their seamer.

Seeing the assistance their seamers got with the pink ball under lights during practice sessions, the visitors may be tempted to even field three specialist seamers. But they must keep in mind the actual pitch may turn out to be vastly different from the practice tracks.

The twilight. If the pink-ball Tests are a lottery, then twilight is the time when they are won or lost, with batsmen trying to adjust to the artificial light. So far, it has been observed that the pink ball swings and seams more under lights than otherwise. But will it behave the same even if there is hardly any grass on the pitch and dew in the outfield?

Virat Kohli may not have scored an international hundred for a while now but given his form one doesn't seem far away. Before leaving Australia for paternity leave, Kohli scored a masterly 74 in the first innings of the day-night Adelaide Test. He looked in absolute control during his 72 on the fifth day of the first Test of the current series, and his 62 on a rank turner in the second innings of the second Test helped India shut the door on England. Kohli would know it's time to take it one notch higher.

Bumrah's return means the only decision India need to make is about their fifth bowler. Given the pink ball and the dew factor, India may go with three seamers and two spinners. In that case, Kuldeep is likely to miss out, leaving Siraj and Umesh contesting for the lone slot.

Apart from Anderson, Archer and Bairstow walking into the XI, England could consider going in with just one spinner in Jack Leach. But Root said they would make the final decision after the final practice session. Zak Crawley, meanwhile, could replace Rory Burns at the top of the order.

The Motera pitch does have some live grass, so while spinners will come into play later in the Test, one cannot discount the impact of the new ball and the quick bowlers, especially under lights. The refurbished stadium boasts a capacity of 110,000 spectators but given the Covid-19 concerns, only half of those seats are going to be filled. The weather forecast is sunny throughout the Test, with the temperature hovering around 35-degree Celsius during the day and dropping by ten degrees in the evenings. 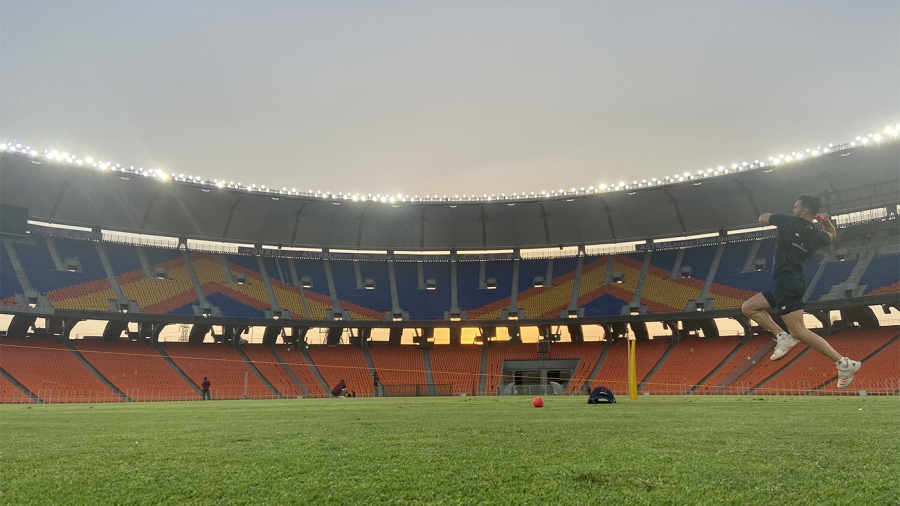 Kohli's last international hundred was against Bangladesh at Eden Gardens in 2019, in what was India's first-ever day-night Test. Since then, he has played 34 innings without scoring a century - his longest barren streak in international cricket.

This will be Ishant's 100th Test. Among Indian fast bowlers, only Kapil Dev has played more Tests (131).

Coincidentally, the last Test Motera hosted was also between India and England, in 2012. In that game, Cheteshwar Pujara struck 206 not out and 41 not out as India beat England by nine wickets.

With 26 wins from 48 Tests, Root is level with Michael Vaughan for the most Test victories as an England captain.

"You can't play for those kinds of reasons. We are not looking to win one and draw one. We are looking to win both. For us, these are two games of cricket, and the only thing we are focused on. What it does afterwards is a conversation for later. That is a reality not present right now. In the present moment, we are preparing for tomorrow, ready for the grind for five days, wanting to win a Test match for India and then move on to the next one. One day at a time is something we have followed for years now. There is no point running far ahead into the future where you have no idea what's going to happen. We are going to focus on what we can do as individuals in the present moment and let other people think of scenarios and what if and what if not."

Virat Kohli is not thinking about the WTC final just yet

"There has been a trend of collapses in pink-ball Test matches. One thing that stands out is those vital first 20 balls, making sure you get used to tracking the ball, get used to the conditions and being very aware of how things can change throughout the day. It's not necessarily just that one moment under lights or that twilight period. Sometimes it's been right at the start of the game in the morning session, or late on day four, that these strange passages of play have happened. When you get that opportunity, and you're on the right side of it in the field, you have to take every opportunity and really make that count in your favour."