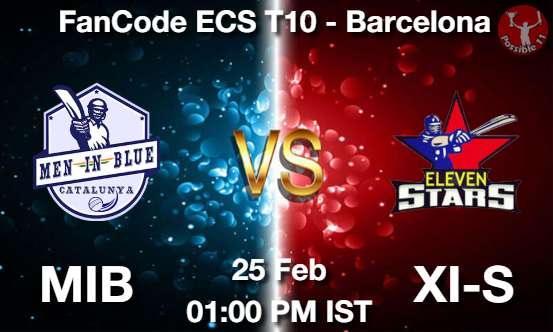 The pitch here at Montjuic Olympic Ground is usually a good wicket to bat on. However, cloudy weather might help the bowlers with some swing in the direction of the wind.

The weather is predicted to be partly cloudy in Barcelona with a temperature of 15 degrees Celsius and the humidity levels at 80 percent. 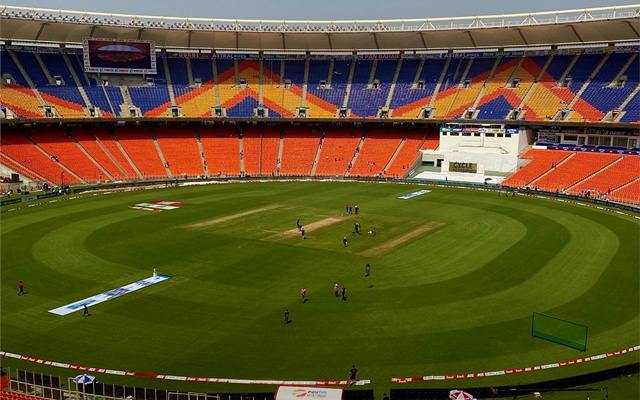 The 66th match of the ECS T10 2021 will be played between Men in Blue and Xl Stars on 25th February at Montjuic Olympic Ground in Barcelona.

Shankar Kaligatla is in fabulous form with the willow, as he scored unbeaten 52 runs in the last match against Fateh and picked a couple of wickets. He has scored the most runs for Men in Blue in this tournament so far. In 7 matches, he has scored 170 runs at an average of 42.5 with a strike rate of 163.46 and he even grabbed 4 wickets at an economy of 6.37 runs per over.

Abhishek Borikar is the leading wicket-taker for Men in Blue with five wickets from seven matches with the best figure of 2/5. He can pick crucial wickets for his team.

Umar Riaz leads the chart for his side with six wickets at a reasonable average of 19.33 including one 3-fer. He is known for his wicket-taking abilities. He bowls wicket to wicket line and will force the batsman to commit mistakes.

Tanveer Shah is a versatile cricketer as he can bat anywhere in the top four. He has the ability to play big innings and gets his majority of runs in boundaries. He is also a useful bowler and can pick a wicket or two in this match.